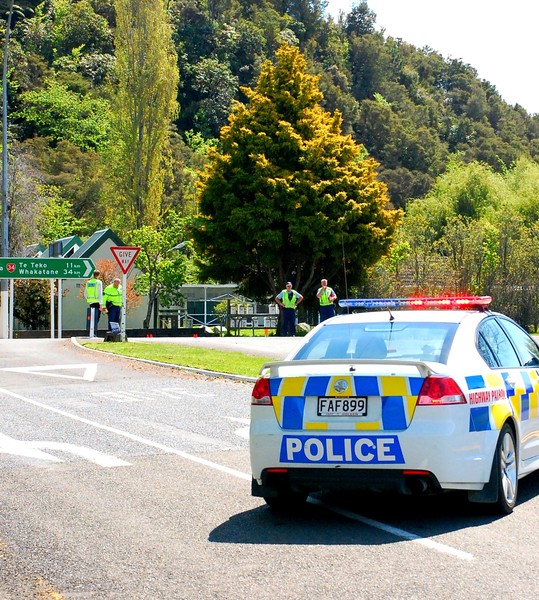 Police at the Scene after a traggic crash in Kawerau this afternoon CREDIT: By Lani Hepi

The scene of the crash early on Tuesday. CREDIT: sunlive.co.nz

All children - thought to be aged between one and 12 years - have serious head injuries.

State Highway 34 in Kawerau is open, after a major crash.

Emergency services from Whakatane, Kawerau, Rotorua, Tauranga and Taupo responded to the incident, which has left four children in a critical condition.

Two girls - aged 6 and 4 - are in intensive care in Waikato Hospital.

Another child has now been transferred to Starship after being taken by helicopter to Rotorua.

The fourth is in Whakatane Hospital in a serious but stable condition.

All children - thought to be aged between one and 12 years - have serious head injuries.

The car they were riding in collided with a truck at the intersection of Tamarangi Drive and Islington street, closing State Highway 34.

The female driver of the vehicle has sustained moderate injuries and has been taken to Whakatane Hospital.