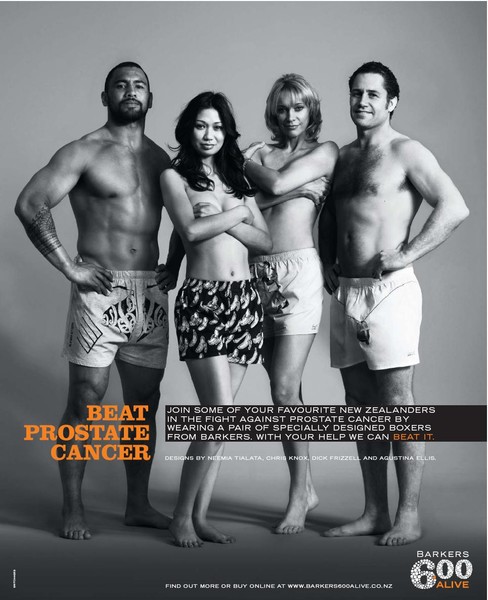 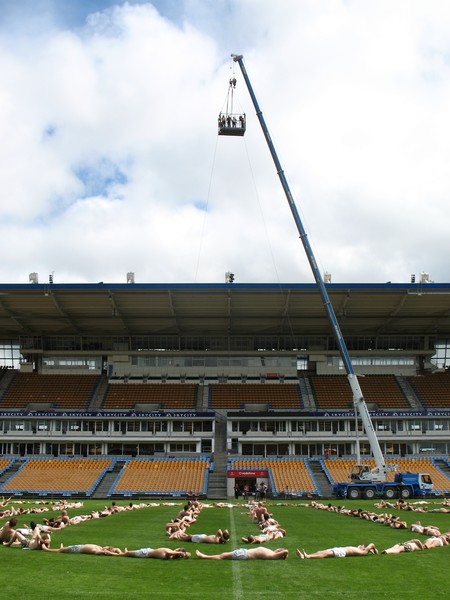 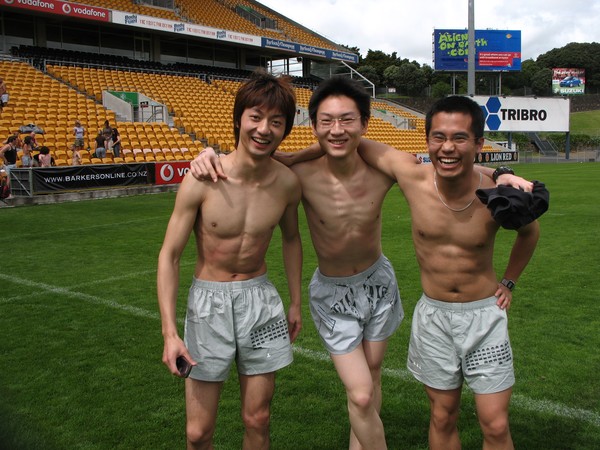 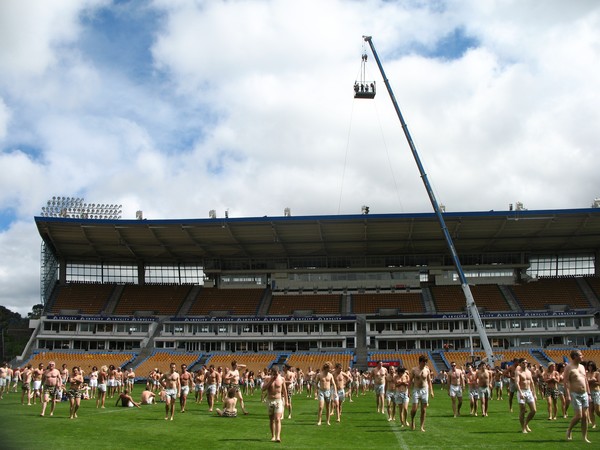 And it's over - Barkers 600 Alive CREDIT: infonews.co.nz

Barkers Men’s Clothing invites you to join some of your favourite New Zealanders in the fight against Prostate Cancer.


All Black Neemia Tialata, Artist Dick Frizzell, Musician Chris Knox and Designer Agustina Ellis have all joined the fight against Prostate Cancer and come up with boxer short designs that will suit all types of butts!


Each designer has been paired with a ‘muse’ who has modeled the designer boxer shorts for a stylish and sophisticated print campaign shot by leading fashion photographer Charles Howells. Warrior Ruben Wiki, Presenter Alison Mau, Musician Boh Runga and entrepreneur Marc Ellis have all donned a pair of hip Barkers Boxers for the campaign.


The range of designer boxer shorts will be available at Barkers stores nationwide and online at www.barkersmensclothing.co.nz from 15 September. $10.00 of every pair of boxers sold at $29.95 will be donated to the PCF.


``We are really excited to be launching this initiative and working with some of New Zealand’s leading personalities to raise awareness of Prostate Cancer,’’ says Zac De Silva, Managing Director Barkers Men’s Clothing.


The campaign aims not only to raise awareness of the disease but ‘normalise’ it as a men’s health issue. Even young men in their 20's and 30's need to be aware that they need to maintain the health of their prostate. It is one of their sex organs and keeping it healthy will help them retain an active sex life well into their later years.


``It’s a tragedy that every year 600 NZ men die from Prostate Cancer when in 50% of these cases death could quite possibly have been avoided with early detection,’’ says De Silva.

Prostate cancer tragically kills around 600 New Zealand men each year. Barkers wants you to help them keep these men alive. So to launch the campaign Barkers will be holding ‘Barkers 600 Alive’ - an event that will document the fact by creating a photographic image of the number ‘600’ using human bodies. Participants will be partially clothed wearing a pair of brand new Barkers designer boxers. Leading photographer Shaun Pettigrew will be positioned 50 metres up on a crane to record this unforgettable image.


Be part of Barkers 600 Alive – the most ambitious live art installation project ever staged in NZ at Mt Smart Stadium 10:00am Saturday 22 September 2007. This will be a momentous event and the resulting image will be historic.


So show you care, sign up and be part of Barkers 600 Alive. To participate in the event you must register at www.barkers600alive.co.nz

As women’s health issues gain media traction, men’s health issues remain in the shadows yet the prognosis is equally devastating. The fault lies in many areas including men themselves whom extensive research has shown have a mental block when it comes to facing up to and discussing health issues, often until it’s actually too late.


Every year about 600 men die from Prostate Cancer in NZ – in around 50% of these cases death might have been avoided if the men had been checked for prostate cancer soon enough. Prostate cancer is insidious, in its early stages it usually does not exhibit symptoms and once symptoms do become noticeable, and they are indeed caused by prostate cancer, it is frequently too late for effective curative treatment. Anecdotally, almost every family in New Zealand will at some stage be affected by the disease.


The Barkers Boxer Initiative is designed to not only raise awareness of the disease but ‘normalise’ it as a men’s health issue. Through this initiative, the aim is to make men in NZ (and the women in their lives) more aware of the disease in the lead up to their 40’s, in the hope that they will consider Prostate Cancer as a legitimate issue and discuss it with their doctor.