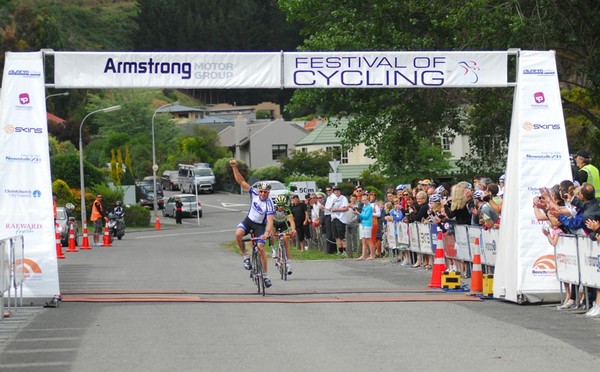 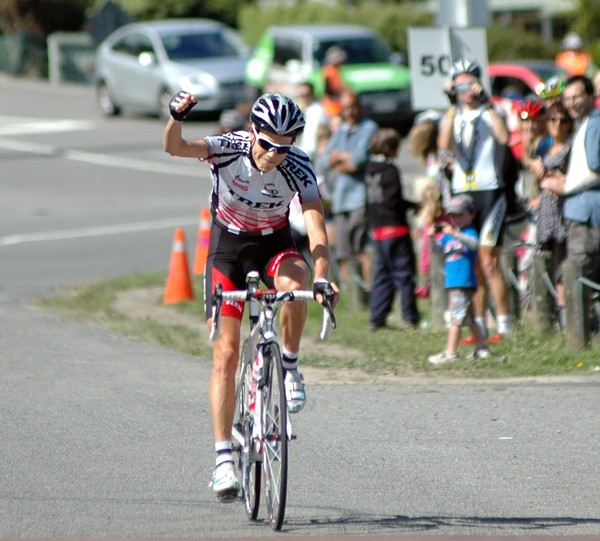 Roulston closed out Subway Avanti’s Jo Cooper in the sprint finish to claim the honours in the 80km harbour ride, which doubles as a round of the RaboDirect National Points Series.

Fellow Commonwealth Games teammate Cath Cheatley made it three wins in a row in the women’s race after breaking away over the Port Hills.

Roulston, the HTC Columbia professional, broke away up Gebbies Pass with Cooper and young Christchurch rider Michael Vink, who will ride for the Trek Livestrong development team in USA next year.

Vink (Subway Avanti) was dropped over the top of Evans Pass with the pair remaining clear before Roulston out-kicked Cooper to win in 1:49.51.

Cheatley, this week voted No 1 road racer in the USA this year, was in a class of her own in the women’s race, clearing out in the hills to win in 2:11.46 with the 1000 strong field coping with challenging winds today.

With series leader Gordon McCauley missing this round, his lead in the national series has been reduced to 40 points back to Yates with Matthew Gorter third in the men’s competition.

Sheridan continues to lead the women’s national series on 410 with Cheatley closing the gap to 340 and Karen Fulton (Nelson) third on 254.