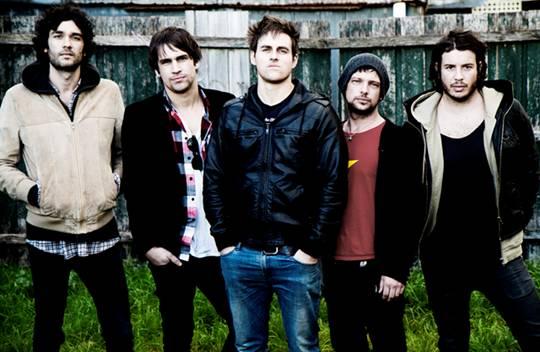 Bonjah's musical journey began as five friends jamming in their parent's garage in Tauranga before moving to Melbourne to pursue their dream of living off their music full time.

Since their arrival in Australia from New Zealand five years ago, the talented band have garnered a loyal following and performed at some of Australia and Japan's major festivals. They’ve independently sold in excess of 20,000 CDs and sold out many of their live shows along the way - most recently Melbourne’s Revolt Theatre in less than 48 hours - an incredible feat for a band who are quickly becoming a favourite in Australia.

Bonjah are also about to embark on a 15-date national tour of Australia in support of the album’s release across the Tasman. Having recently completed a successful 3-date tour of New Zealand the band will be back in NZ for further shows in late September 2011.

See for yourself why Rolling Stone Magazine nominated Bonjah alongside The Naked And Famous for the 2011 ‘Artist To Watch’ award. Go Go Chaos will be available from all good music retailers from July 25th!