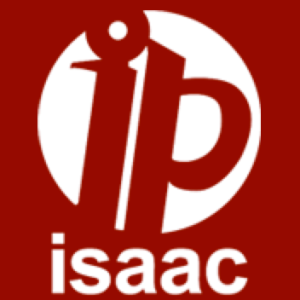 Grindin' & 40 Days Touring are pleased to announce the first solo tour in New Zealand for one of Hip Hop's most lyrical MC's live and direct from Detroit, Elzhi.

The Wu-Tang Clan's GZA aka The Genius is heading to New Zealand! The Hip Hop icon will play a one off Wellington show at the San Francisco Bath House on Tuesday 2 August.

QUEENSTOWN — New Zealand’s finest and Drum & Bass veteran Concord Dawn aka Matt Harvey is set to release a new hard-hitting E.P, picking up where his recently released fifth studio album, The Enemy Within, left off.

AUCKLAND — Due to the overwhelming demand of his previous album release shows, David Dallas has announced he will play one last Auckland show before returning to the U.S in early August.

Dawn Raid Entertainment are set to release the 454 compilation album As Real As It Gets on July 25th.

Self proclaimed “Fight Pop” rockers Dananananaykroyd are set to release their sophomore album ‘There Is A Way’ on July 11th.

After a sell out tour of Europe, Kiwi Drum & Bass pioneers State of Mind finally return home and have announced an eight-date tour of NZ in support of the release of their new album Nil By Ear.

Popular number one NZ artist Tiki Taane is giving away his latest single "Freedom To Sing (Live)" for free and exclusively from his own website tikidub.com.

Indie punk-pop band Cut Off Your Hands have announced the release of their eagerly awaited second full-length album Hollow on July 18th.

Celtic punk legends Dropkick Murphys are back in full force with their seventh full-length studio album, Going Out In style.

Frequency Media Group is very happy to announce this week that two of its local album releases have come in at the number one spot on the national chart.

Sending their sweet sound home again, Kiwi trio Fredericks Brown are set to release their debut EP, ‘Out of the Rain’ on 1 February, from New York, with love.

Duck Down, Dave's American label are making a series of these videos for David Dallas's infiltration into the American market.

Wednesday, 1 December 2010
Music 11:40AM
Popular New Zealand rapper David Dallas partners with Duck Down Music as the MC moves to America and makes his mark on hip-hop's Mecca.

Get your party pants on because local lads Motocade return to the live music scene to celebrate the release of their new limited edition EP, Holy Moly.

WELLINGTON CITY — Acclaimed Brooklyn duo Ratatat return to Wellington for ONE SHOW ONLY on the 19th of January, 2011, at the San Francisco Bath House.

AUCKLAND CITY — Bringing together some of New Zealand music’s elite, the highly anticipated debut album from Svelte is set for release on Monday 22 November.

The luminous Julia Deans is set to hit the road again.

Wednesday, 27 October 2010
Music 1:14PM
Dance Music Will Tear Us Apart is not your usual Minuit release

You know those conversations you have.

The luminous Julia Deans is set to hit the road again.

Canadian quartet Tokyo Police Club is proud to announce the release of their sophomore album Champ on Monday October 18th.