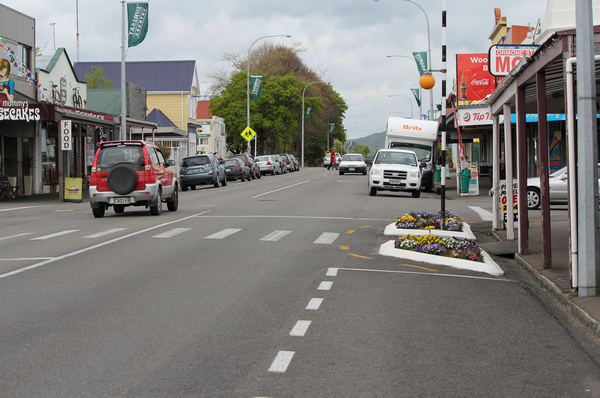 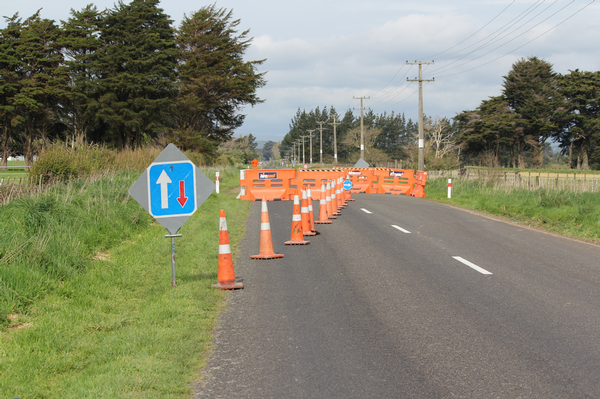 The chicanes that encourage the vehicles to use the State Highway. CREDIT: Tararua District Council 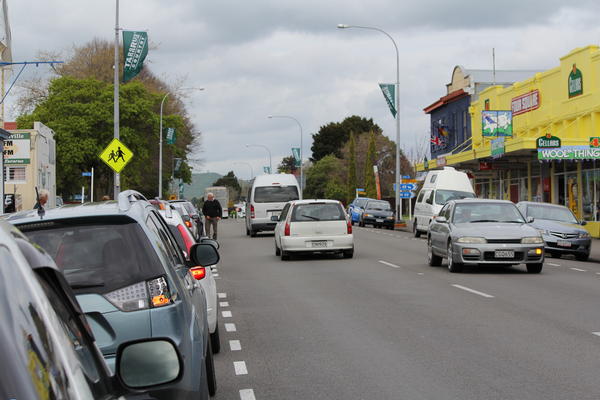 "Chicanes a hit in Woodville"

The sounds of trucks and cars pounding the main street is a great sound, says Helmut Hirler owner of Artmosphere Gallery in Woodville.

Traffic is again busy and flowing through Woodville. This is thanks to diversions by New Zealand Transport Association and Tararua District Council that have supplied “chicanes” – that encourage vehicles to use the State Highway. All roads other than the Gorge remain open.

Local shop assistant - Racheal Puru from “For Frocks Sake” said today “Woodville is a brilliant town with loads of travellers and although they have been busy anyway - she has noticed a lot of traffic and the noise is fantastic!” Trish and Alastair Rodwell from Yummy Mummy’s Cheesecakes said they have noticed a marked difference since the chicanes went up.

Woodville gets a new lease of life which will give shopkeepers the boost they have been hoping for during the school holiday period and during the remainder of the Rugby World Cup.

Mayor Roly Ellis said, “It’s taken a few weeks to get plans in place, but I’m pleased that Woodville businesses now can get on with marketing their wares.”