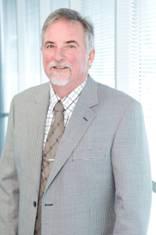 United Fresh New Zealand Incorporated celebrates 20 years of service to the produce industry – an industry valued at more than $5 billion with more than 60 fresh products, providing 50,000 jobs and exporting to more than 120 countries.

He says it is unusual to have powerful players like Progressive and Foodstuffs along with wholesalers and growers all at the same table, making decisions and acting in the best interests of the industry and ultimately the consumer. “That’s been a big challenge, but we have got there, and I’m very proud of the industry’s achievement,” he says.

Smith says the 5+ A Day programme, launched 16 years ago, has been an outstanding success.

“The 5+ A Day message is now taught to more than 500,000 primary and intermediate school students,” he says.

He says that while other countries have similar 5+ A Day programmes operating, New Zealand is one of the few to be entirely driven by the produce industry. The programme is highly respected internationally.

In addition, United Fresh supplies 100,000 pieces of fruit and vegetables to decile 1 and 2 schools each school day as part of the Fruit in Schools programme. That equates to 12 million pieces of produce each year.

“We are actually working in an area of public health which is very rewarding for everyone, whether they are a grower or a supermarket manager,” Smith says.

Other United Fresh achievements include; the tightening up of food safety (especially in the ‘ready to eat’/pre-prepared market), traceability issues (tracking produce from farm to consumer), standardising packaging material to increase efficiencies globally, labelling (to show country of origin) and bar coding of fruit.

David Smith replaces Ron Becroft who has been President of United Fresh for more than 10 years.

David is a highly experienced and successful global fresh produce executive. Smith’s New Zealand export marketing company was taken over by Chiquita Brands South Pacific and he held appointments as NZ Country Manager followed by Australian Country Manager. He returned to New Zealand in 1995 to ENZA Fresh/Frucor produce, a subsidiary of The Frucor group. In 1997, a management consortium of which Smith was a founding member bought out Frucor produce and formed Freshmax with a focus on three key areas, namely Cool Chain Distribution, export and domestic/import. Nowadays, Smith heads up the Mergers and Acquisition team with responsibility for the future positioning of the Freshmax Group. David is a graduate from Lincoln University.