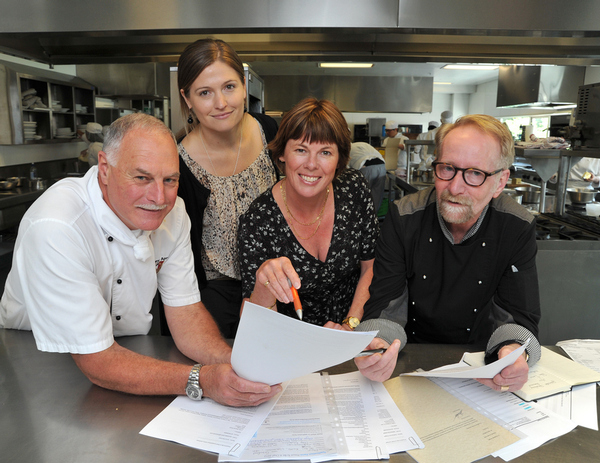 Ten Fonterra Foodservices Proud to be a Chef Finalists Announced

Ten of the country’s leading trainee chefs have been announced as finalists this week in the annual Fonterra Foodservices Proud to be a Chef competition.

A record number of entries were received from trainee chefs across New Zealand, which were judged by chefs Tony Astle from Antoines and Brenda Tweddell from Fonterra Foodservices.

Entrants were required to send an application outlining what inspired them to pursue a career as a chef, what they would do if they won the grand prize, and an original recipe which incorporated a Fonterra Brands product or products in some way.

The ten will be put through their paces with a series of culinary tests and cooking skills at AUT’s Piko Restaurant on Wednesday 30 November. In addition, they must recreate the original recipe they entered into the competition which will be sampled and judged by the esteemed judging panel on the day.

This event will decide the four New Zealand trainee chefs who will win a place in the line up to compete at the Australasian Fonterra Foodservices Proud to be a Chef final in Melbourne in 2012. Successful Kiwi applicants will receive return flights to Melbourne, three nights hotel accommodation, hands-on mentoring, masterclasses with world leading chefs and three nights dining at award winning restaurants.

The overall Australasian winner will receive an international culinary sponsorship valued at $7,500, tailored to the winner’s aspirations for their professional career as a chef.

Stephanie Hague, Marketing Manager for Fonterra Foodservices, says the company is proud to champion this event which is now recognised as one of the most prestigious chef mentoring programmes in this part of the world.

“Proud to be a Chef provides our up-and-coming culinary stars with the necessary skills, resources and mentoring they need to realise their potential and take their career to the next level,” says Hague.

The judges were looking for a mix of passion and ambition along with an interesting recipe. So far they have been impressed with the calibre on offer this year.

“Those young chefs who want to succeed in this industry will have enthusiasm, a can do attitude and a real desire to learn,” said judge Brenda Tweddell. “Ten entries really stood out for us, and that’s why we have sent each of them through to the final Cook Off challenge.”

Tony Astle (Antoines) and Brenda Tweddell (Fonterra Foodservices) will be joined by Michael Meredith (Merediths, Supreme Winner – 2011 Cuisine Restaurant of the Year) and Geoff Scott (Vinnies) to judge the final cook off and find the four New Zealand winners.

This year’s New Zealand ‘Proud to be’ chefs will have a tough act to follow behind 2010 winners Elliott Pinn from Christchurch and Teresa Joe from Auckland. Elliott is off to cook in several UK Michelin-star restaurants at the end of the year and is a big advocate for the competition which he says gave him a real leg up in the industry in terms of networking, building contacts and learning from amazing chefs.

While Proud to be a Chef has an eight-year history in Australia, the event was reinvented by Fonterra Foodservices in 2008 as a way to publicly recognise and reward the vital contribution that chefs make to the industry.

Fonterra Foodservices Proud to be a Chef competition is open to all trainee chefs, 18 years or older, who will in March 2011 be enrolled in a cooking training course at a government recognised training provider. Entrants must be New Zealanders, or hold a valid New Zealand work permit.