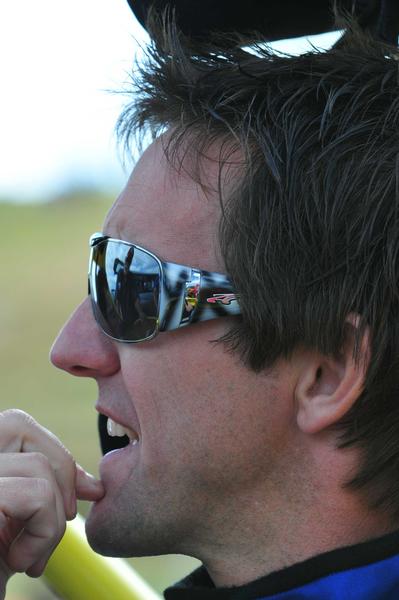 Of the competitors lining up to contest the New Zealand based 2012 UIM World series jet sprint boat championship, 2008 Group A title winner and V8Supercar driver Nathan Pretty has confirmed his entry for the two-round series starting 11 February 2012.

Pretty, who finished 15th overall at the recent Supercheap Auto Bathurst 1000, has a significant hurdle standing in his way, having not raced a jet sprint boat since late 2009. Instead he intends contesting part of New Zealand’s six-round Jetpro jetsprint championship in build up to the Featherston and Wanganui world title events being held mid to late February.

“I haven’t driven for two years, so I would like to try do a lead up event,” said the Melbourne based professional racer.

“I’ve been talking to Andrew Guthrie (the New Zealand based boat owner) about the possibility of putting something together to drive. It is a sport I absolutely love, probably more so than the cars to be perfectly honest; I just enjoy the thrill of driving the things,” said Pretty of his quest to add to his two world jet sprinting titles.

“There is no secret to the fact I’m not coming over to make up the numbers. I will be very serious about the whole thing and try bring it back to Australia again.”

Currently held by Australian Slade Stanley, his stepping in to the higher specification Superboat category opens more opportunity for the 38-year-old Pretty to re-take the title.

The two in two weekend World Series event will start at Featherston’s Tauherinikau aqua track 11-12 February 2012. While the second and final round is held the following weekend at Wanganui’s Shelterview course (18-19 February) to decide the Union Internationale Motonautique (UIM) world jet sprint title.

Contested by boats in either the Group A or unlimited Wanganui.com Superboat categories, each boat has a driver and navigator who have to complete a pre-defined course around a track of narrow water channels in the shortest time possible.

Teams contest a series of elimination heats to decide the round winner based on their final time. Points are awarded to determine the eventual title winner – who will be crowned at a gala dinner in Wanganui on Sunday night 19 February 2012.

“It’s the thrill of getting the next time better, refining the setup each time - that’s the challenge I really enjoy,” added Pretty.

“Plus I enjoy the comradery there (in New Zealand). Here it is still good, but there, when you’ve got a few days between rounds, the tracks, the quality of the water, the atmosphere and surrounds, you get in awe of the place. So I really enjoy coming over and racing even more when it’s held in New Zealand.”

Eleven teams have entered for the Group A category with 17 to challenge for the Wanganui.com Superboat title, including American Dean Lautenslager.