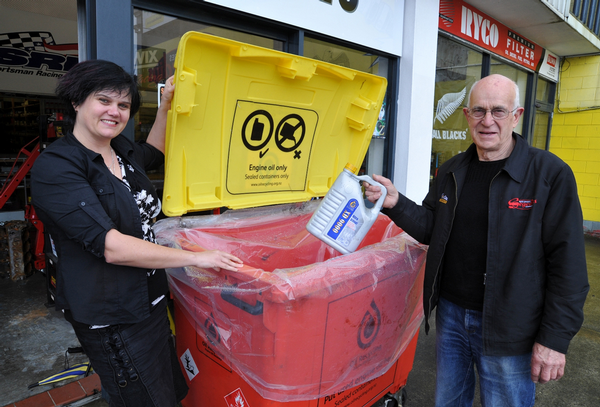 More than 120,000 litres of Auckland households’ used engine oil was recycled in the first six months of a trial oil recovery scheme initiated by Auckland Council, with even better results expected in the future.

Auckland Council Infrastructure and Environmental Services Manager John Dragicevich says about 125,000 litres of used engine oil and 8,000kg of associated plastic was recycled in the six months to the end of August, via free drop-off bins introduced around the region.

“These results are a great start and, based on anecdotal feedback plus a recent survey, we’re confident we’ll have even better results to report for the six months to March, especially as DIY mechanics are typically more active during spring and summer.”

Mr Dragicevich says Auckland households generate an estimated 655,000 litres of recoverable waste oil each year and the pilot scheme - launched in February with support from the Ministry for the Environment and industry partners - provides an easy, free solution for its safe disposal.

“In the past few weeks a number of the drop-off locations have asked for their bins to be emptied ahead of schedule. In addition, a recent survey of Aucklanders purchasing engine oil found many had used the service or indicated they would in future,” he says. “Given this, we’re confident we’ll have good results to report for the second six months.”

Under the three-year pilot, people simply need to put their used engine oil in a sealed, leak-proof and preferably recyclable container and then put that in one of the free oil recovery bins available at Repco stores around the region, Total Oil’s office in East Tamaki and Segedins Auto Spares in Mt Eden. The oil is then recycled under Ministry of the Environment-approved product stewardship schemes.

For more information about the used oil recovery pilot project, which may lead to a national roll-out, visit www.oilrecycling.org.nz.