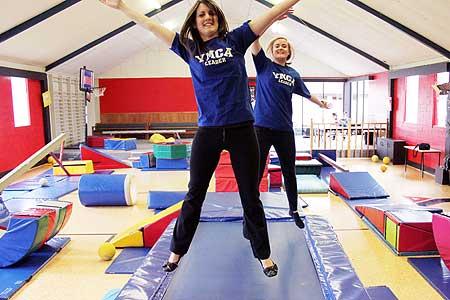 Marketing students jumped to the task when they were asked to come up with a $10,000 marketing plan to help a not-for-profit organisation in Palmerston North.

In teams of three, they compiled comprehensive business plans for the YMCA Central – based on its recreation, youth development and education programmes – and presented them to the YMCA management for judging.

The winners were Luke Trim, Kelly Weaver and Jessica Rhodes whose detailed 70-page report focused on promoting the organisation’s current recreational services – including before and after-school care, holiday programmes, pre-school gymnastics and a climbing wall. They also came up with ideas for new initiatives that would make a profit that could be reinvested into programmes.

Their plan proposed marketing strategies and tactics to help the organisation grow its market share, improve brand awareness and achieve financial stability. The plan, based on research from more than 70 people, was presented to YMCA’s Operations Manager for Palmerston North Vaughan Dennison.

He says the report included “early pickings” of ideas they could use straight away as well as longer-term big visions for programme development that could bring in further investment. “I was very impressed with the report. Not-for-profits are challenged with their own internal resources and we will get a lot of value out of the strategy and ideas suggested by the students.”

Lecturer Pam Feetham, who teaches the 300-level paper, says the standard was so high this year there were additional awards given to Kelsy Lochead and Phoebe Lang, in recognition of their presentations.