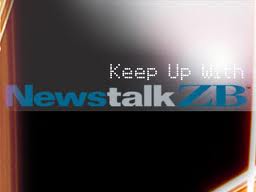 A news item posted by Newstalk ZB following the election, has been taken down off their website after the identity of  persons alleged to have breached the electoral act were revealed.

The item  "Electoral official assault referred to police"  aired on Newstalk ZB - 5 Dec 2011, and concerned an assault at a polling booth on election day which had been referred to the Police, as had a complaint against John Creser for distributing an election related flyer on the day.

The source for the item was the New Zealand Electoral Commission, who have refused further comment.