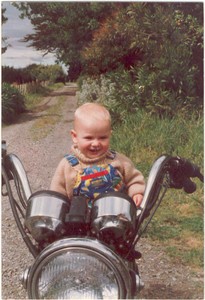 A complaint has been laid with the United Nations against the Rt Hon Helen Clark for misrepresntation.

WELLINGTON — The inbred nature of New Zealand judicial appointments has been satirized into cult vernacular on the website Uncylopedia.

DARGAVILLE — According to the New Zealand Herald National list MP Tau Henare's apology from Wikipedia was the result of changes to the websites article about him.

DARGAVILLE — The New Zealand Herald reported todat that National MP Tau Henare has won an apology from Wikipedia over changes to the website's article about him.

National list member of Parliament Tau Henare, has been banned  from Wikipedia after going online to edit recent uncomplimentary comments referring to him as " having a reputation as carpetbagger".

A Napier lawyer at the centre of Law Society charges against himself and a former practice partner, has hired an Australian online reputation manager to boost his flagging reputation on the world wide web.

Its been a busy week for Justice Warwick Gendall Four days after being named by Attorney-General Chris Finlayson as the new head of the parole board, Judge Warwick Gendall has been named in the Queens birthday list for his services to the state and sport.

WELLINGTON- An application has been made to the High Court asking Justice Ronald Young to recuse himself from hearing a matter involving a family trust.

A novel case between executors and beneficiaries of a Wellington trust came before Justice Alan Mackenzie in Wellington earlier this week.

The Auditor General was asked today to explain why her office sanctioned a $1000 fraudulent transaction in accounts presented by the Insolvency Service on behalf of a bankrupt estate.

The Commerce Commission has been asked to consider a Fair Trading Act complaint against the President of the New Zealand Trustees Association Gerlald McKay and NZTA board member Errol Anderson.

The landshark of the week award goes to the President of the New Zealand Trustees Association Gerald Mckay, who has handed in his practicing certificate after the Law Society launched an investigation into his firm's trust account.

The son of former Wellington police chief Pieri Munro, was probably too scared to tell the truth after allegedly being punched in the head by his father in down­town Welling­ton, a court was told today.

Ohariu MP Peter Dunne today refused to comment on a fraud which has left a Wellington man several hundred thousand dollars out of pocket.

A peaceful protest outside the offices of Wellington Law Firm Gibson Sheat  last week claiming the partners had authorised fraudulent transactions, resulted in the Police being called to ensure the protest remained lawful.

Auckland businessman Vince Siemer has today criticised a decision to clear Chief Justice Sian Elias to determine his appeal arising from a dispute with Michael Stiassny.