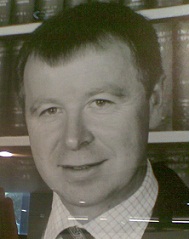 A recent ruling by the High Court at Wellington by Justice Forrest Miller in a relationship property case has determined that  http://www.kiwisfirst.com correspondent John Creser is an unsuitable candidate to represent the interests of one of the parties, Mr Malcom Rabson.http://kvisit.com/Sp9TNAQ

The Court has previously ordered a large safe at Mr Rabson's former family home opened in the presence of representatives from both sides, but an agreement could not be reached between the parties solicitors and the matter was referred back to the Court. Mr Rabson said today that: he was "at a loss to explain how the High Court had reached conclusions based on documents that have already been determined by the Court as inadmissible".

Justice Miller said in his ruling that the "opening must be attended by a Justice of the Peace, who is to take charge of the contents of the safe and distribute them, a representative of Mr Rabson may attend and take possession of the items that are to be given to Mr Rabson. That person may not be John Creser, who is known to the Court."

Mr Creser said today, that Justice Millers reaction to his proposed appointment was completely out of line and no doubt connected to another matter before him concerning Mr Creser's family trust. http://kvisit.com/S8t7NAQ

In that case, Judge Miller allowed the executors of a deceased estate over $300,000 in costs for taking a primary beneficiary of that estate bankrupt, with Justice Miller subsequently refusing to make orders that the findings in his own decision be enforced. Unfortunately, this seems to be typical conduct in the High Court, with the judiciary prepared to act upon a whim rather than be guided by statute or as in this case, the precedents set by their own rulings. http://kvisit.com/S8Ipu