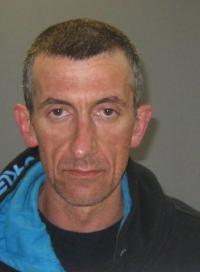 Police are seeking information from the public to help find a man who escaped after appearing in the Tokoroa District Court today (Dec. 21) on drug charges.

A warrant has been issued for the arrest of Randolf Terrence Bennett, aged 43 years. Bennett is caucasian, and is described as slimly built, with short dark to grey hair and 182cm tall. Police urgently want information on where he is but say Bennett should not be approached.

He escaped about 11.30am while being loaded into a police truck and was last seen getting into a blue car in the Mitre 10 carpark in Campbell Street, Tokoroa.

Police patrols have been looking for him throughout the afternoon.

“The circumstances of the escape are being looked into but our immediate priority is finding Bennett and getting him back into custody,” Senior Sergeant Jeurissen said. “Bennett is known to have links in the Tokoroa, South Waikato, Te Awamutu and Hamilton area.

Anyone who knows where Bennett is or who see him should contact police immediately on 111 or Tokoroa Police on 07 885 0100.