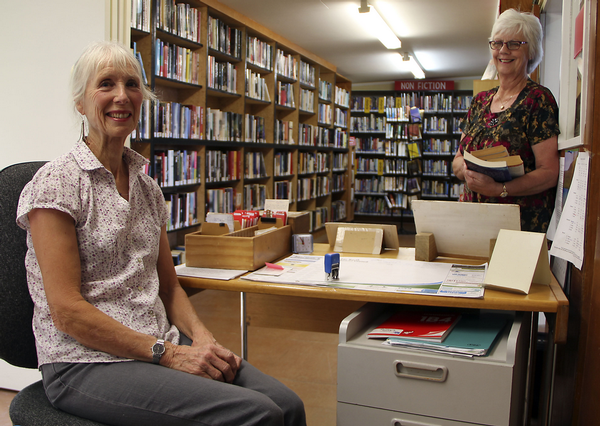 Booklovers in Doubtless Bay will soon have access to a wider range of library books thanks to a joint initiative between the Far North District Council and Mangonui Community Library.

From March 1, people with a Mangonui Community Library membership card will be able to borrow books from the council’s libraries.

Council library card holders will still need a Mangonui Community Library card if they want to borrow from that library’s 3000 book collection.

Mangonui Community Library spokesperson Sheila Wyeth says the library surveyed about half its 160 members about the initiative in December.

Eighty percent supported increasing the library’s annual membership fee of $10 to the $15 charged by the council so they could borrow books from council libraries.

Mrs Wyeth stresses that the new arrangement is not a merger of the libraries.

People who borrow books from the community library will still have to return the books to the library.

They won’t be able to return community library books to council libraries.

The relationship between the libraries is more of a ‘cooperative partnership’ she says.
Kaitaia Library already loans the library 100 books each quarter and will give the library shelves from its Melba Street building when it moves to Te Ahu Centre next month.

Council library staff also print spine labels for the library’s new books and transport them to the Procter Library in Kerikeri for processing.

Far North Mayor Wayne Brown is pleased the council is going ahead with the initiative after suggesting the idea to community library volunteers and council staff.

The initiative is further proof of how his council is keen to work with community groups to deliver outcomes that benefit the wider community.

"It is a testimony to the wonderful people we have in the Far North that a small group of volunteers has kept this library going for 102 years.

"My council is delighted to be able to support these people who make Doubtless Bay a better place in which to live."

The Mangonui Community Library is at Mangonui War Memorial Hall and is open on Tuesday, Wednesday, Friday and Saturday from 10am to 1pm.