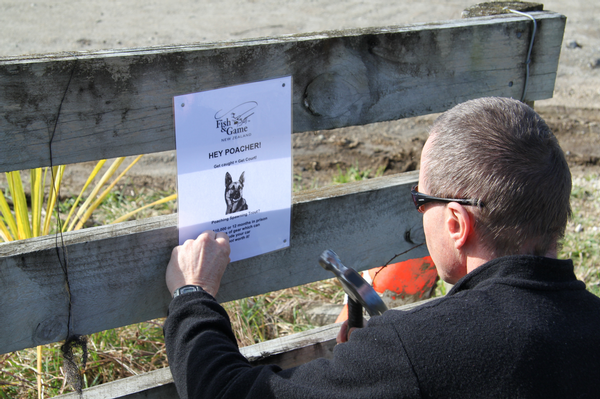 Four people – three men and one woman - wanted by Fish & Game in connection with separate serious poaching offences, are now on the Police wanted list.

Fish & Game Eastern Region has confirmed that it has applied for the arrest warrants, which have been issued by the Rotorua District Court.

Fish & Game Officer Anthony van Dorp says that such warrants are only sought where the offences are serious and carry potential prison terms. The cases centre on people who are alleged to have poached spawning trout late last year.

One of these cases involved the taking of 25 spawning fish from a small Lake Rotorua spawning tributary stream. “This is a very serious case of poaching spawning trout - such offending has the potential to severely harm the fishery.”

Mr van Dorp says it’s not uncommon to seek arrest warrants as a last resort in serious cases, if people can’t be tracked down to serve a summons on them.

He says cases like these cases show that it’s unwise to give a false address when spoken to by Fish & Game officers “because the law catches up with you sooner or later.”

If it’s found that false information has been given this may lead to further charges being laid, which makes matters even worse for the offender.