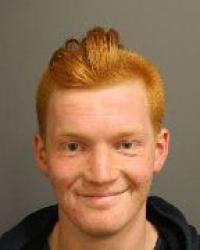 Police are growing concerned for a Levin man missing from his home for over a week.

Luke Rickett, aged 21, left his home just after lunch on Thursday, 15 April following an argument with family members. He has made no contact with family or friends since the 15th and he has not accessed his bank account.

Although Luke has no known medical conditions, police are concerned about his state of mind, especially as it is out of character for him not to contact his family for this length of time.

Most of Luke's family and friends are in Levin and Palmerston North. It can't be ruled out that he has travelled further afield, although he doesn't have his own transport.

Luke has distinctive ginger hair which is cropped at the side and in a longer Mohican style on top. He also wears two tapered spike earrings in his left ear. He was last seen wearing dark board shorts, brown steel toe-capped work boots, a short sleeved t-shirt and a black baseball cap with the letter 'M' on the front.

Police would urge Luke to contact either the Police or his family to let them know he is OK.

Anyone who has any information about Luke's whereabouts is asked to contact Levin Police on 06 366 0500.