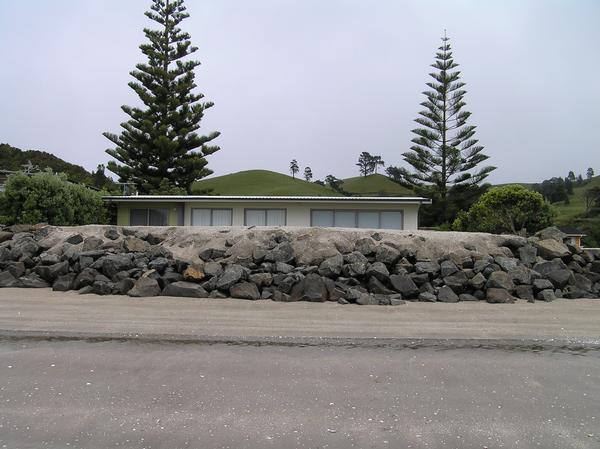 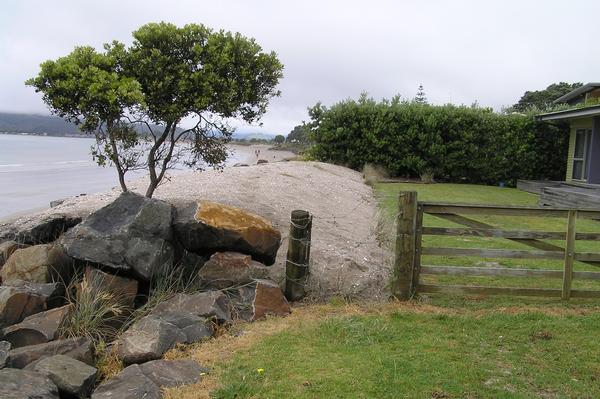 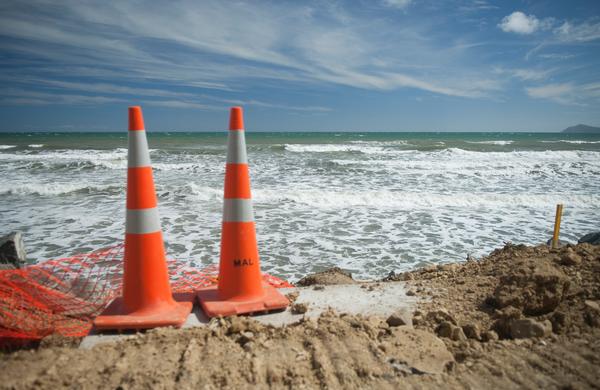 NIWA Media Release Is that the sea creeping up behind me?

The sea is creeping up on us, with storm surge flooding starting to occur more frequently on king tides. It is of growing concern. This is the first sign we will notice, rather than the slow but sure rise in sea-level. Sixty-five percent of Kiwis live within 5 km of the sea, and this includes twelve of our fifteen largest towns and cities. Because of our nation’s preference for coastal living, we need to really consider what rising sea-levels mean for us, especially for higher tides.

“It’s mostly about risk”, says NIWA Principal Scientist Dr Rob Bell. “Rises of more than a metre by 2100 can’t be ruled out, and should at least be considered in assessing the vulnerability of our existing development at the coast. New Zealand’s Coastal Policy Statement directs that we also avoid further increasing risk in the future. So for large new subdivisions and developments, we should be building into this new development sufficient capacity to absorb even higher rises in sea level, given the permanent nature of subdivisions."

As sea-levels rise, there will be an escalating risk from sea flooding in low lying coastal areas, where a present-day 100-year flood event could occur every year when sea-level rises by 0.5 m,” says Dr Bell. Higher storm surges can damage beaches, seawalls, buildings, roads and other infrastructure; they may also affect drinking-water supplies in lowland rivers and groundwater.

On 10 -11 May 2012, the New Zealand Climate Change Centre (NZCCC) is holding a 2-day conference on sea-level rise and the challenges this brings as risks change over time. This conference will be held in Wellington at the Museum of New Zealand, Te Papa Tongarewa.

This conference will include keynote speeches from leading international scientists such as John Church, CSIRO Fellow and oceanographer with the Centre for Australian Weather and Climate Research.

“Sea level is rising as a result of warming (and expanding) oceans and melting of ice on land. We cannot prevent all sea-level rise and we will need to adapt. However, the amount of adaptation we will need will depend on future emissions of greenhouse gases”, says John Church.

Scientists will present a synthesis of recent projections for sea-level rise and discuss the uncertainties associated with these projections. They will identify anticipated impacts on New Zealand’s coastal environment and infrastructure resulting from climate change.

“Planners and engineers here in New Zealand need sound guidance on what sea-level rises are expected along our shores, working around the key uncertainty about how quickly the polar ice sheets may melt in future”, says Dr Rob Bell.

The NZCCC’s aim is to stimulate collaborative research and dialogue by facilitating communication between scientists, planners, councils, engineers, businesses, M?ori and
organisations giving advice and making decisions on climate change impacts. The conference will have a strong inter-disciplinary focus and aims to stimulate discussion of how scientists and practitioners can manage present and future coastal issues and how social and bio-physical scientists, central and local government, and infrastructure operators, can work together with communities to build more resilient coastal settlements.

Other keynote speakers:
Rob Bell (NIWA) will present historical observations and projections for New Zealand within the global context and discuss how sea-level rise will impact New Zealand in addition to other coastal hazards.

Judy Lawrence and Martin Manning (NZCCRI, Victoria University of Wellington) will outline the nature of changing climate risk and its significance for decision-making using a risk-based framework for adapting to the range of sea-level rise effects over time.

Bruce Glavovic (Massey University) will identify lessons from a range of environmental disasters for managing the impacts of climate change on the coast.

Tim Reeder (Environment Agency, United Kingdom) (via video-link) will outline approaches to adapting to sea-level rise in the United Kingdom, including using the Thames Estuary Project 200 as an example of how uncertainty has been addressed over long timeframes.

Sea-level Rise: meeting the challenge is on at Te Papa.

To register for the conference visit: www.confer.co.nz/nzccc2012