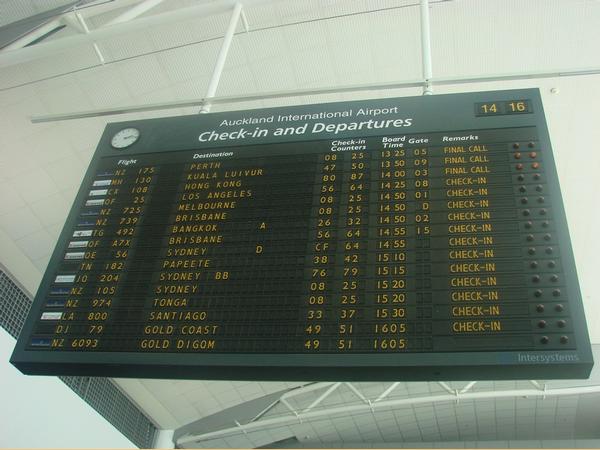 The solari board in action at the Auckland Airport international terminal. CREDIT: Auckland International Airport 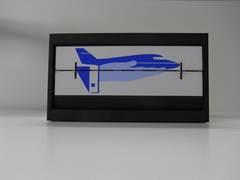 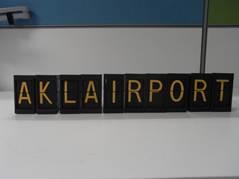 The auction saw pieces of Auckland Airport’s solari board up for sale on Trade Me in 100 separate auctions, with the money raised from each donated to the Foundation for Youth Development (FYD) charity.

The board, which was decommissioned earlier this year after over 30 years of non-stop action in the international terminal, was affectionately referred to by Auckland Airport staff as the ‘old school flight information board’. The name was appropriate considering that the board was believed to be the last of its kind in New Zealand, and so rare that the parts for it ceased being made over five years ago.

The board, which features the old style split flap flight information details (the type that flick through the alphabet to find the right letter) was divided into 100 units all available for auction on TradeMe.

The final auction closed last Friday and, with the bidding reaching fever pitch as the auction came to an end, a total of $57,913 was raised for the Foundation for Youth Development.

“This is an outstanding result that we are just delighted with,” says Mr Spillane. “We knew that the pieces of the solari board would be in high demand, but this result has certainly exceeded our expectations.”

“To be able to hand FYD a cheque today for over $57,900 is a fantastic outcome,” continues Mr Spillane.  “This has been a win-win situation for everyone - the public having their chance to secure a piece of aviation history, FYD receiving this substantial donation and Auckland Airport supporting a charity that directly benefits youth within our local community.”

The Foundation for Youth Development (FYD) is a charity that helps young people develop confidence and self-belief and create goals for the future.  The money raised will support young people in South Auckland to participate in FYD’s programmes such as Kiwi Can, Stars, Project K and MYND.

“The exciting concept to auction the solari board on TradeMe was truly an example of innovation at its best,” says Graeme Dingle, Founder of Foundation for Youth Development.  “FYD currently has 6000 young people in our programmes in the Manurewa community of South Auckland alone.  To fund this activity is a huge on-going challenge which Auckland Airport has just made a whole lot easier.”

The auction saw a variety of units up for sale, including: units with an array of flight status updates such as ‘CANCELLED’, ‘RESCHEDULED’ and ‘FINAL CALL’; units featuring current and historical airline/carrier images; bundles of letters and a 24 hour clock. The unit that reached the highest amount was an aviation images unit which sold for $936.