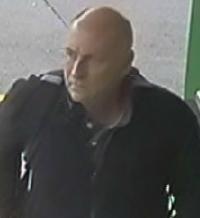 Man Missing On The North Shore

North Shore Police are appealing to the public for sightings of a 56 year old man who is reported missing from his home in Devonport.

Richard Thomas BRAKE was last sighted by a work colleague in Mangere at about 2.30pm on Tuesday 15 May 2012. He then drove back to his Devonport home where he left his car with the key in the car door. He has then disappeared. Police have issued a description of the missing man.

Police and family believe that the missing man may be intent on traveling north of Auckland. It’s believed he is either hitch hiking or riding on public transport. His disappearance is considered to be entirely out of character.

Anyone sighting Richard Thomas BRAKE is asked to call North Shore Policing Centre immediately on 09 477 5000 or call Crime Stoppers anonymously on their number 0800 555 111.