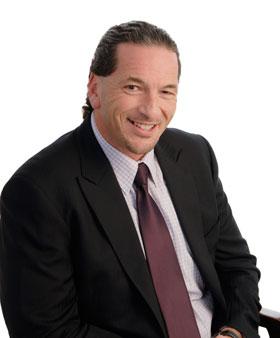 The University of Otago has appointed Tuari Potiki as its new Director of Maori Development.
Mr Potiki comes to the University from a senior management role at the Alcohol Advisory Council of New Zealand (ALAC). He will take up his new role on July 10.

As Director of the Office of Maori Development, Mr Potiki will lead Maori development activities at the University, and develop and maintain the institution’s Treaty-based relationships with iwi and Maori providers.
Announcing his appointment, University Vice-Chancellor Professor Harlene Hayne warmly welcomed Mr Potiki and said that he brings an impressive mix of skills, knowledge and experience to the position.

“Tuari Potiki has an extensive background in health, education and social service development and has long-established and excellent working relationships with iwi and Maori communities throughout the country. He is very well placed to enhance Otago’s ongoing commitment to contributing to Maori development at a University, regional, national and international levels.”

Mr Potiki has worked widely in the health, education and justice sectors and has more than a decade’s experience in strategic and executive management roles. He took up his present position as General Manager Strategic Operations at ALAC in 2008 after previously having been ALAC’s Southern Regional Manager. His previous roles include Social Development Manager and Deputy Chief Executive at the Ngai Tahu Development Corporation. He is currently Chair of the Board of Trustees of the New Zealand Drug Foundation.

He enjoys an existing connection with the University of Otago through his part-time role since 1996 as a Senior Advisor Maori for the University’s National Addiction Centre in Christchurch. This work includes tutoring in three papers and contributing to the Centre’s research activities.

Mr Potiki, who is of Kai Tahu, Kati Mamoe and Waitaha descent, says he is excited about taking up his new position.

“This is a dream role that combines my long-term passion for Maori development and wellbeing with the fresh challenge of providing leadership in this area at a large organisation that possesses such huge mana. It’s also pleasing to be coming to Dunedin, which is my papakaika (home place).”

The University has demonstrated a clear and genuine commitment to Maori development that extends from the highest levels down throughout the institution, Mr Potiki says.

“In a relatively short time Otago has achieved a great deal in its efforts to advance the University’s contributions to Maori development and the realisation of Maori aspirations.

“I intend to build on this solid groundwork and keep the momentum going. This will involve guiding strategy and policy development and implementation while fostering high-quality working relationships with colleagues throughout the University.

“I’m also looking forward to working closely again with Ngai Tahu at both the local runanga and iwi level and extending the existing links the University has forged with other Maori communities and providers.”