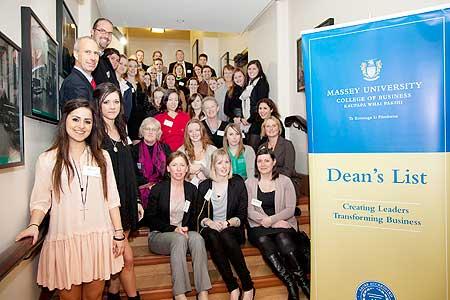 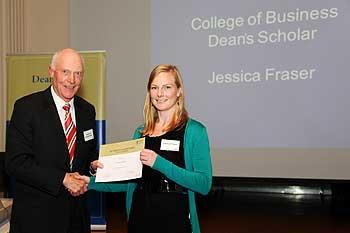 Wellington’s brightest business students were honoured for their achievements at the Academic Excellence Awards last night.

Winners of 14 prizes were joined by 29 College of Business students who achieved an A-minus average in all their papers and secured a place on the Dean’s List.

A special presentation was made to Dean’s Scholar and Bachelor of Business Studies student Jessica Fraser who achieved an average of A-plus in her first year papers. She was presented with an award by Massey University Chancellor Dr Russell Ballard at the ceremony in the museum building.

Ms Fraser is one of seven students to achieve Dean’s Scholar status for the past academic year. Of the 302 students on the Dean’s List across all campuses this year, 22 received their third award and six received their fourth.

Pro-Vice Chancellor and Dean of the College of Business Professor Ted Zorn made the presentations to Dean’s List recipients and congratulated them on their hard work.