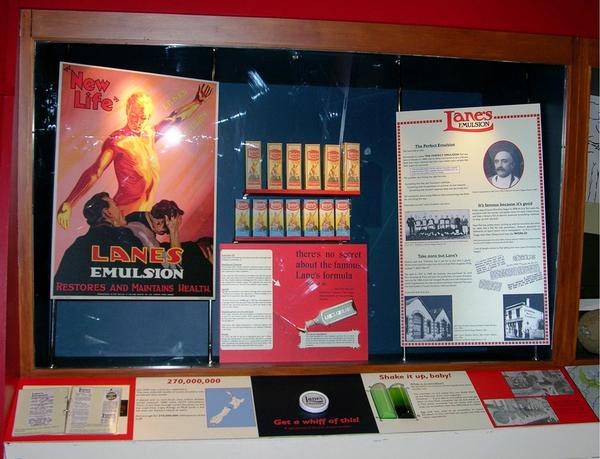 Museum Curator, Chloe Searle, says the display includes a chance to experience the smell of Lane’s Emulsion, information on its inventor Edward Lane, original advertising for Lane’s and even lists a couple of the secret ingredients.

“People are really interested in Lane’s Emulsion. It’s a piece of New Zealand’s history and it originated here in Oamaru”.

Lane’s Emulsion was first retailed in 1898. By 1944 the company was celebrating the production of the nine millionth bottle.