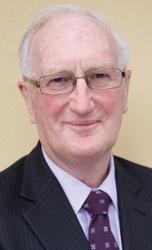 The Rt Hon Sir Peter Blanchard has been a judge of the Supreme Court, New Zealand’s final court of appeal, since 2004. He was a partner in Auckland law firm Simpson Grierson and director of several listed companies until his appointment to the High Court in 1992, and then to the Court of Appeal in 1996. He was a member of the Law Commission from 1990 to 1994, and was appointed a Privy Councilor in 1998.

In his last sitting of the New Zealand Supreme Court earlier this month, Justice Peter Blanchard used the opportunity to expound his personal views that recall applications needed to be stopped.The comments were made from the bench but, when one lawyer requested a copy of the transcript, a curt reply from the Court declared Blanchard J was refusing to release it.

These dark meanderings of a once-brilliant conveyancing lawyer foreshadow a disturbing trend of NZ judges dictating draconian policy from the bench. It is not simply Blanchard J's lack of discretion which provides a wake up call to the law-abiding public. Lawyers who attended the display cringed at the comments, knowing it was akin to Justice Blanchard's obscuring of the financial indebtedness of his former colleague Justice Bill Wilson which required premier wool exporter Saxmere to file a (successful) second recall to the Supreme Court.

But apparently, even an old dog can learn new tricks. In refusing to release the transcript, Blanchard J was obviously mindful that it was his comments that caught him out in the first (unsuccessful) Saxmere recall hearing transcript that both embarrassed him personally and required the unprecedented second recall to New Zealand's highest court.

In a country where judges are not accountable to anyone, it was a fitting departure for Blanchard J to take a perverse swipe at the messengers which expose a dysfunctional and often wayward Supreme Court.

But the arrogance of Sir Peter Blanchard cursing the honest litigants who persevere - while seeking to encourage government policy changes to stop them - was sadly unnecessary, few seekers of justice can afford the millions of dollars Saxmere spent in multiple trips to the Supreme Court fighting judicial activism.