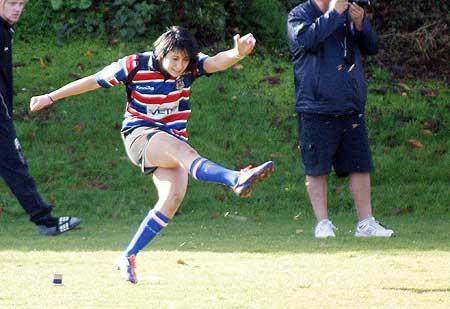 The 19-year-old is in her second year of a Bachelor of Arts majoring in Maori Studies, and while she’s been playing rugby for six years she only took up sevens three years ago.

Miss Goss, who has played for Aotearoa Maori Sevens and Manawatu NPC teams, described the call-up as a “massive achievement”.

The team travel to Fjii this week to play in the Oceania women’s sevens championships. “I’m really excited about Fiji, it will be my first time wearing the black jersey and having a leadership role is really cool,” she says.

The team will also compete in an International Rugby Board tournament in Dubai later this year as they gear up for the 2016 Olympic Games in Rio de Janeiro.