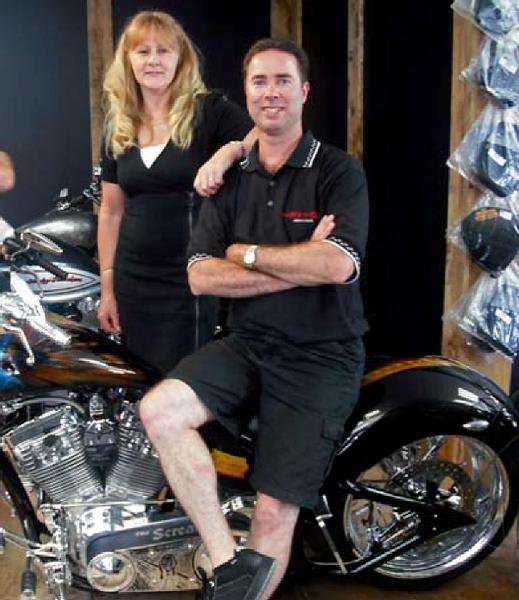 Sixth CRC Speedshow an absolute stunner; new owner to take the helm for 2013

Overwhelmingly positive comments from fans and exhibitors about the 2012 CRC Speedshow indicate that the show’s developer and promoter, Keith Sharp, is on the money when he says this was the best show yet.

The sixth edition of CRC Speedshow celebrated all things automotive when this year’s sold-out show took place at Auckland’s ASB Showgrounds over the weekend of 21 and 22 July.

With the New Zealand Hot Rod Association’s 50th anniversary hot rod show providing a hugely popular star attraction in addition CRC Speedshow’s traditional action-packed line-up, Sharp says there were a record number of visitors through the gates on Saturday while wet weather on Sunday proved something of a deterrent.

“Overall, we were very happy with the final number of close to 25,000 visitors. Saturday was busy all day and despite the rain on Sunday, it was also a great day. The Ezybuy Car Auctions jet pack with American pilot Nick Macomber at the controls still flew, the D1NZ star drifters had an awesome time going sideways in the wet and, at times, the display areas were literally shoulder to shoulder,” says Sharp.

“While walking around, I saw people six deep at the Meguiar’s counter buying their car care products and the team from Venom Roadsters in Tauranga were delighted to sell one of their sleek two-door roadsters which are hand-built in South Africa.

“I think the show looked the best it ever has; it’s truly an international class event. Our exhibitors, once again, made a fantastic effort with their displays and had some fantastic show specials for people to make the most of – there were a lot of products, cars and bikes sold over the weekend!”

The show also proves very popular on fans’ social media pages with thousands of photos and video clips uploaded on Facebook and YouTube, and the show’s own Facebook page breaking the 10,000 fan barrier on the Friday before the event opened.

Sharp adds: “We’ve had numerous exhibitors keen to book their trade space for the 2013 show, which will again run in July with new owners Ross and Brenda Prevette at the helm.

“After six busy, enjoyable years, this is a good opportunity to review professional and personal priorities and bow out of the show. I’m confident that Ross and Brenda are the perfect people to take on this dynamic event.”

The Prevettes are based in Whakatane where they have recently sold one of the country’s best custom motorcycle operations, Bat Out Of Hell Customz ‘n’ Classics. They also represented a number of niche motorcycle brands in Bay of Plenty, such as Royal Enfield and Can-Am, becoming the number one selling Can-Am Spyder dealer in Australasia.

Ross Prevette describes himself as a petrol-head from way back.

“I raced Sea-Doo personal watercraft (PWC) for several years professionally and had just been offered a full-time racing contract in the US when injuries sustained in a crash meant I needed to find something else to do. That’s when I set up Bat Out Of Hell where we made a lot of cool bikes for people all over the country,” says Prevette.

“I’ve raced all kinds of motor cars at club level including a BDA Ford Escort and a MGB, and I still race karts, although more as a hobby nowadays.

“Brenda and I are really excited about the potential that CRC Speedshow has already demonstrated as probably the best show of its type in New Zealand. We’re looking to consolidate and build on that and will make the most of being able to work with Keith Sharp, as a consultant, for the 2013 show.”

CRC Speedshow will take place at the ASB Showgrounds in Auckland over the weekend of 20 and 21 July 2013. The event website, www.speedshow.co.nz, features video clips and news from this year’s event.