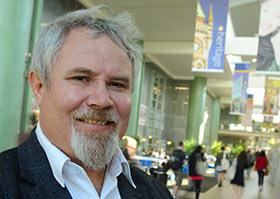 Persistent cannabis use that starts in adolescence linked to IQ decline

Persistent cannabis users who started using the drug before age 18 show an average IQ decline of 8 points and other signs of impaired mental functioning by age 38, according to world-first research emerging from the University of Otago’s long-running Dunedin Multidisciplinary Study.

The Study has followed the progress of 1000 Dunedin-born people since their birth in 1972/73 and is one of the most detailed studies of human health and development ever undertaken. The latest findings are newly published in a paper appearing in the US journal PNAS Plus co-authored by researchers from Otago, Duke University and King’s College London.

Factsheet on the research

We studied the association between persistent cannabis use and IQ decline and asked whether IQ decline was concentrated among adolescent-onset cannabis users. Findings come from the Dunedin Multidisciplinary Health and Development Study. The study has followed a group of 1,037 children, who were born in 1972-73 in Dunedin, New Zealand, from birth to age 38 years, with 96% of the sample taking part at age 38. IQ was tested at age 13, before cannabis use, and again at age 38, after some study members had used cannabis for many years.

Why are these findings important?

The findings are consistent with speculation that cannabis use in adolescence, when the brain is undergoing critical development, may have neurotoxic effects.

What is the size of the IQ decline? The extent of IQ decline among adolescent-onset persistent cannabis users (approximately 8 points) is non-trivial. For example, an average person has an IQ of 100, placing them in the 50th percentile for intelligence compared to their same-age peers. If this average person loses 8 IQ points, they drop from the 50th to the 29th percentile for intelligence.

Why is an 8-point decline in IQ significant? Research has shown that IQ is a strong determinant of a person’s access to a college education, their lifelong total income, their access to a good job, their performance on the job, their tendency to develop heart disease, Alzheimer’s disease, and even early death. Individuals who lose 8 points in their teens and twenties may be disadvantaged, relative to their same-age peers, in most of the important aspects of life and for years to come.

How many people does this affect? Only approximately 5% of the 1,037 individuals born in one year in Dunedin became ‘adolescent-onset’ cannabis users. Thus, any effect of cannabis on the brain is confined to a relatively small segment of the population. Nonetheless, findings are concerning given that fewer adolescents today believe that cannabis use presents a serious health risk.

How we measured cannabis use

Cannabis dependence is a substance-use disorder as defined in the Diagnostic and Statistical Manual of the American Psychiatric Association (known as DSM-IV). The purpose of the DSM-IV diagnosis is to predict a patient’s future prognosis, and to identify which patients are most in need of scarce treatment resources. A diagnosis of cannabis dependence generally reflects an individual’s continued use of cannabis despite experiencing significant health, social, and/or legal problems related to cannabis use.

Results were similar for persistent cannabis dependence and persistent regular cannabis use.

How we defined adolescent-onset cannabis use

We defined adolescent-onset cannabis in two ways: 1) cannabis dependence before age 18 or 2) weekly cannabis use before age 18. Results were similar across both definitions.

How we measured IQ

We assessed intelligence in childhood (ages 7, 9, 11, and 13) and again in adulthood at age 38 using standard tests for the field.

Study members nominated people "who knew them well." These informants were mailed questionnaires and asked to complete a checklist, including whether the study member had problems with their attention (e.g., “can’t concentrate, mind wanders) and memory (e.g., forgets to do errands, return calls, pay bills) over the past year at age 38.

What additional research is needed?

Our findings suggest that cannabis use before age 18 predicts impaired mental functioning. However, we do not know how much cannabis needs to be consumed and across what ages before impairment occurs. Given that the brain undergoes dynamic changes from the onset of puberty through early adulthood, this developmental period should be the focus of future research on the age(s) at which harm occurs.

Additional research is needed to determine whether cannabis-related IQ decline is reversible. We found that adolescent-onset cannabis users performed worse in adulthood than in childhood even after they had quit or reduced their use for a year or more as adults. This suggests that quitting or reducing use does not fully restore functioning among adolescent-onset cannabis users in this time, but longer-term follow-up is needed.

Findings are limited to a cohort of individuals born in Dunedin, New Zealand in the 1970s. Additional research is needed to determine if similar effects are seen in other countries and in today’s teenagers.