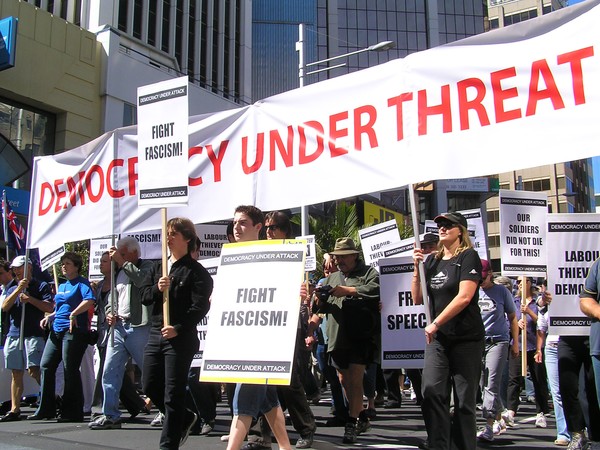 The gaging force of the bill CREDIT: infonews.co.nz 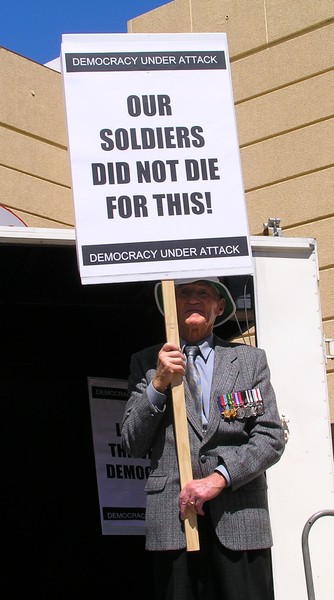 Hundreds of people marched on Queen Street in central Auckland today protesting against the government's proposed changes to the Electoral Finance Bill.

The proposed changes will restrict spending by any group with a political agenda.

Campaigns like the Exclusive Brethren ran at the last elections are the target of the changes, but the bill will also restrict any persons right to free speech.

According to Boscawen, Chief Human Rights Commissioner Rosslyn Noonan says the proposed changes would breach the Bill of Rights.

Boscawen has been involved with the Act Party but says that all parties should oppose the changes.

Political parties, Sensible Sentencing Trust and Family First say Labour are trying to push the bill through with no public consultation.

John Boscawen speaking before the protest