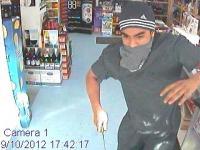 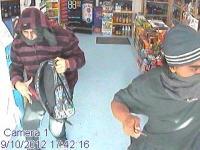 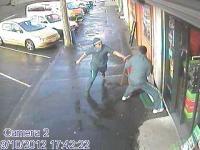 Shortly before 5:45pm last Tuesday, two men entered Thirsty Liquor on Fergusson Drive. One of the offenders was armed with a knife and approached the staff member demanding money whilst the second offender took some bottles of alcohol from a shelf.

The staff member then managed to chase the offenders from the shop, after hitting one with a hockey stick.

Detective Sergeant Chris Gooch of the Hutt Valley CIB says the offenders then ran across the railway track to an awaiting vehicle which was parked in a carpark opposite Silverstream Primary School.

The vehicle is described as a maroon-coloured four door Nissan hatch or similar with a number plate starting with the letter T. It was seen to drive north along Gard Street.

"We would like to hear from anyone who may have been in the vicinity of Thirsty Liquor at the time of the aggravated robbery last Tuesday night or from anyone who has any other relevant which may assist Police."