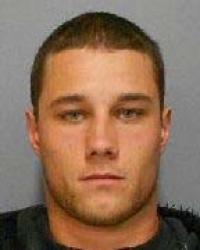 Police are appealing for information about the whereabouts of 22-year-old Tauranga man Liam Kane.

Liam is wanted to arrest for breach of home detention and was last seen on the evening of 15 October. He was one of three men who made it to shore after a boat they were in capsized in Tauranga Harbour. The body of a fourth man Shaun Hogarth was discovered yesterday on the western side of Omokoroa Peninsula.

Liam sought assistance from a member of the public to contact the emergency services on the night of the incident, but then disappeared and is believed to be deliberately evading the police.

He is described as a European man with a small, solid build and short dark hair.

Anyone with information about the whereabouts of Liam Kane is asked to contact Tauranga Police on 07 577 4300. Alternatively information can be provided anonymously via Crimestoppers on 0800 555111.