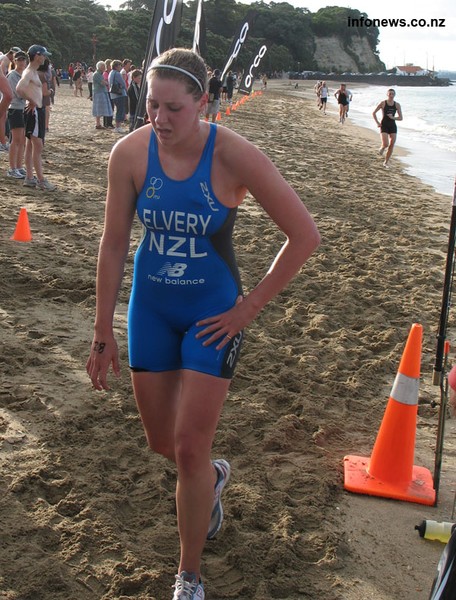 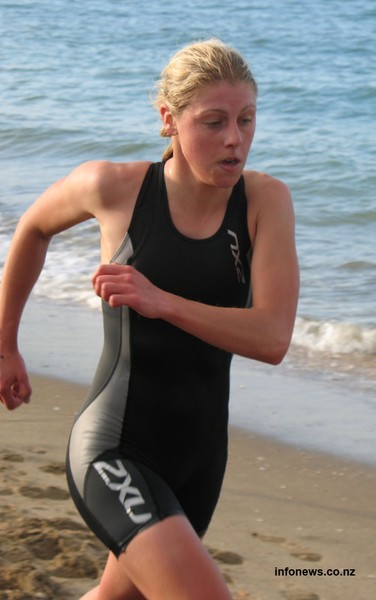 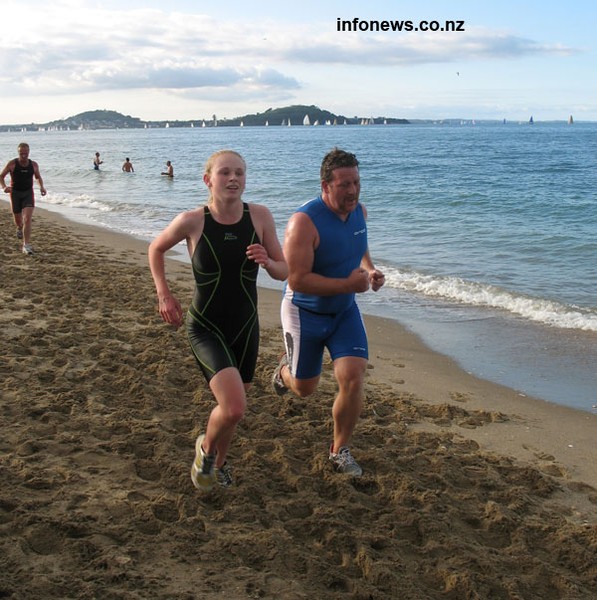 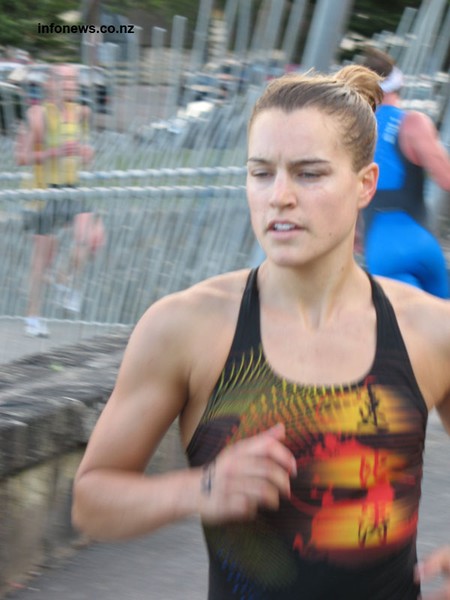 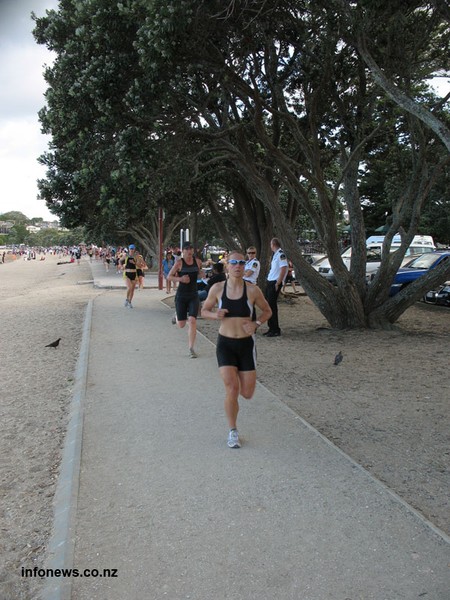 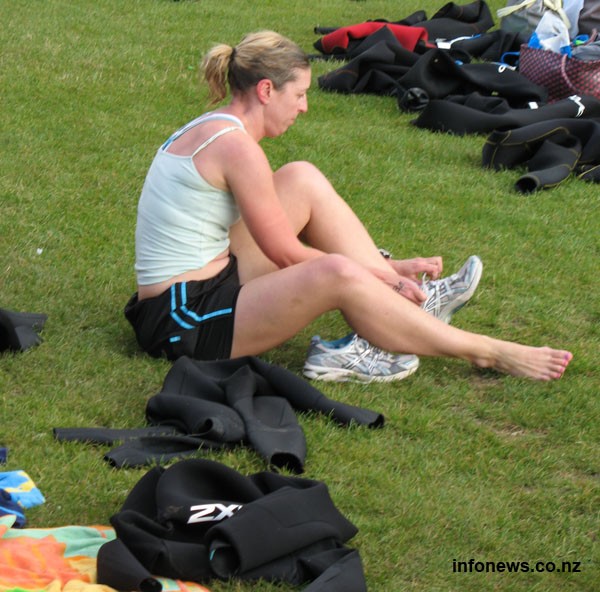 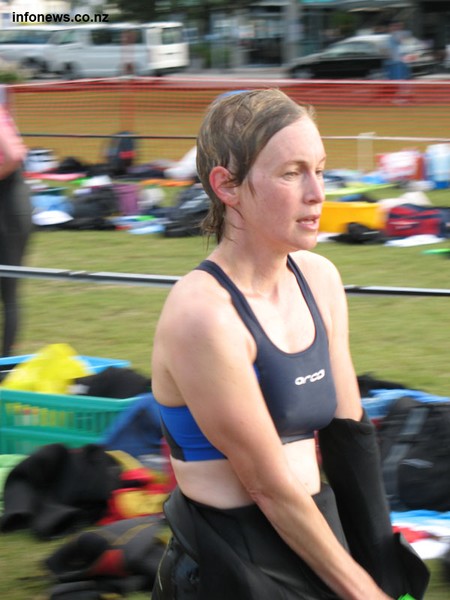 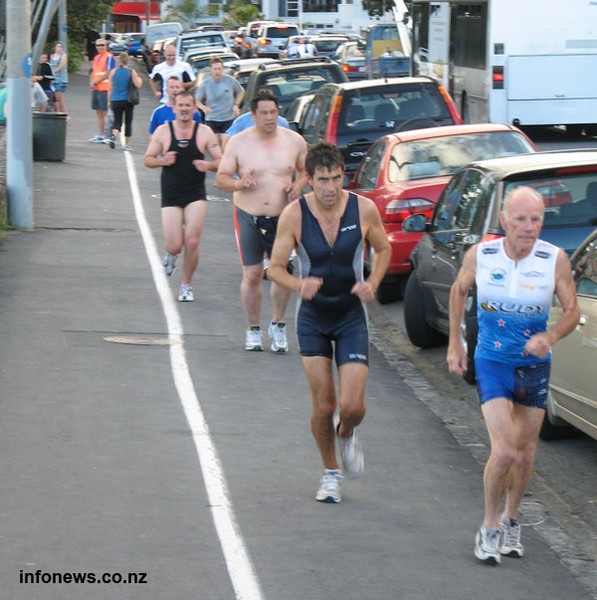 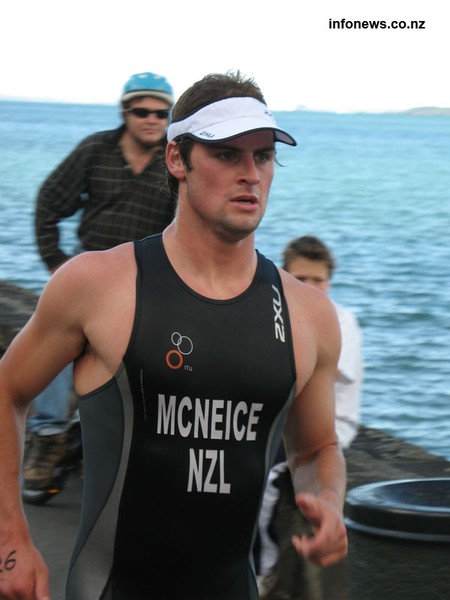 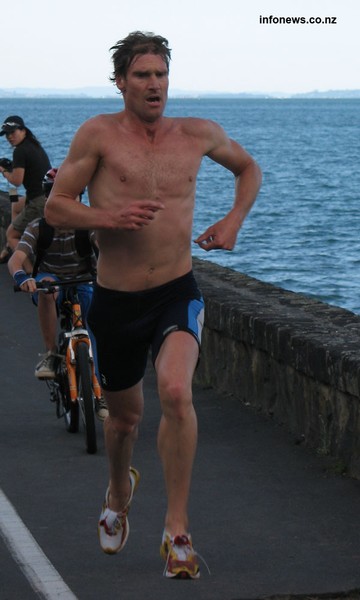 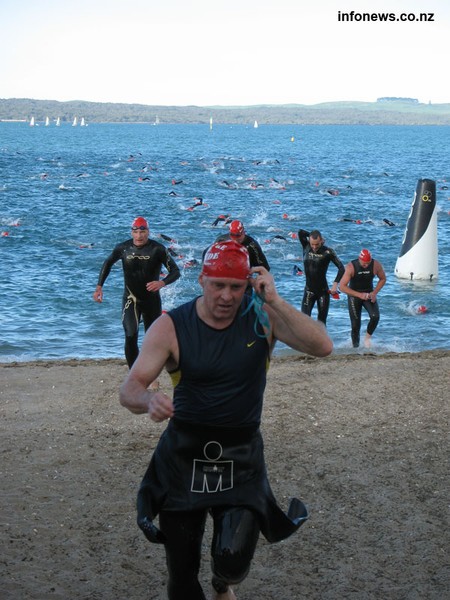 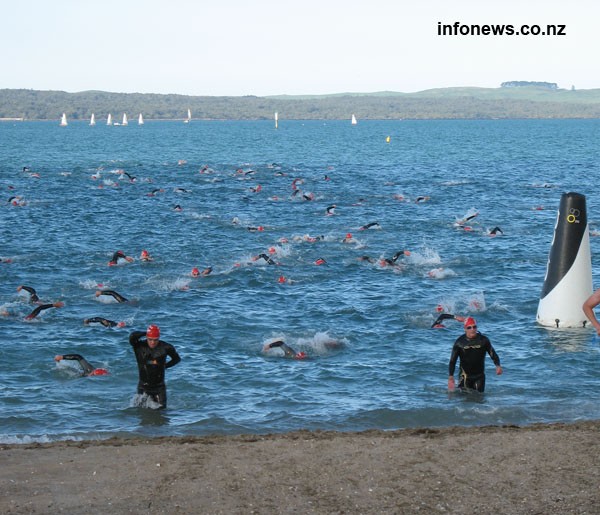 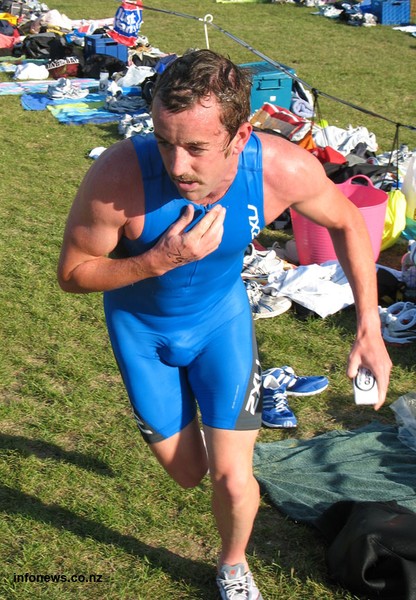 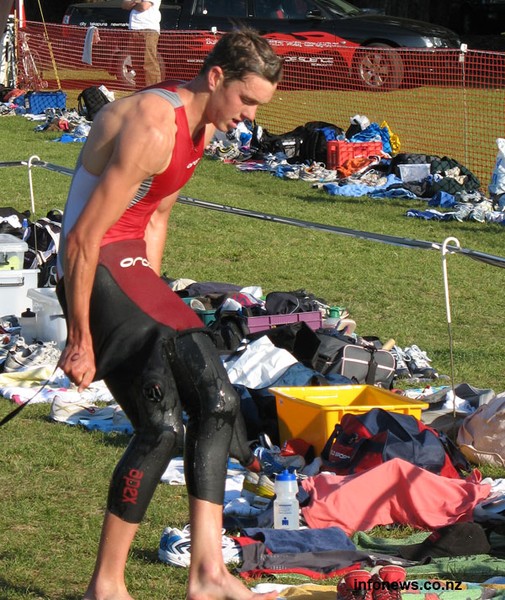 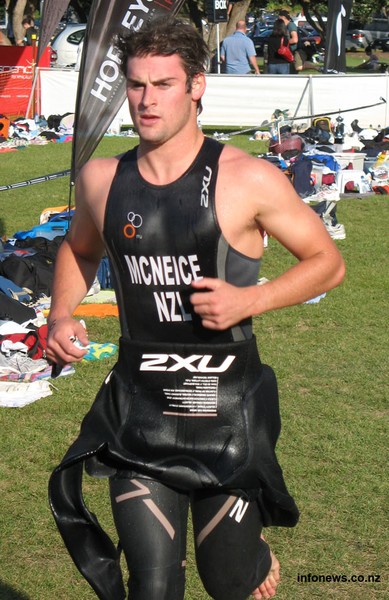 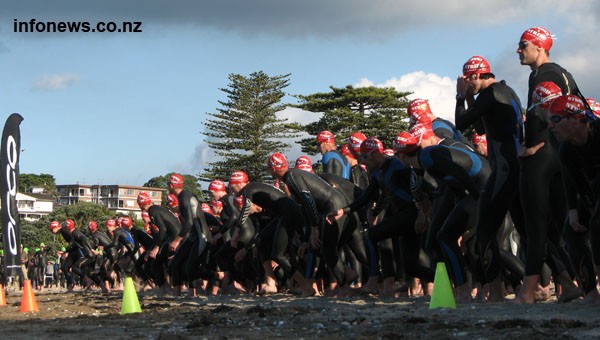 Brent Foster and Liam Scopes took out the top two places at race two of the Stroke and Stride series at Mission Bay today.

In the previous season Brent Foster and Carmel Hanly rode roughshod over their competition on their way to their Series titles. Now twelve months later at Race #2 in the Reesby & Company sponsored Stroke & Stride Series our reigning champions look to be as ruthless as ever in the defence of their titles. Brent Foster showed his hand early on as he lead the guys out around the swim course recording a scintillating 8 minutes and 32 seconds for the slightly chopped up 750 metres. A few seconds later Dylan McNeice hit the shore closely followed by Lee Greer. These three held a good buffer over the rest of the men who all clocked nine minutes plus.

Getting to observe loads of the men career off course paid dividends for the women as they held a much straighter line out to the first buoy. However by the time the first of them reached the beach there wasn’t much separation at all. Kirsty Wannan dipped under the 10 minute mark but only just for her swim and then a large blanket would have covered the rest of the contenders as they were all just seconds apart.

The languid little onshore breeze that had made the swim interesting couldn’t be bothered getting up past the sea wall so the run leg was unaffected and the only hindrance might have been the bright sunshine in your eyes as you strode out to the turn cone at Okahu Bay. Add on another couple of kilometres on your return to Mission Bay and the four kilometre run was complete. We were enjoying the hottest day Auckland had basked under for a long time so we’ll blame that for the red faces worn by some of the runners.

Turning up the heat was also Brent Foster and he was soon putting some more distance into those guys that had hung with him on the swim. He then romped home to take the victory with ease with the closest challenger being Liam Scopes on the back of his blindingly fast run – the fastest of the day. James Upton got up and secured that valuable third place ahead of James Elvery with Dylan McNeice holding on for fifth place.

The women’s field leaders headed out onto the run in a tight group knowing that this race was going to be decided on the road as no one had got away during the swim leg. This week the fastest legs belonged to Carmel Hanly. When that was added to the wealth of experience she has gained in winning the Series for the past two seasons it was an inimitable combination as Carmel opens her account for this season with an impressive victory. Not too far off the pace Simone Ackermann ran home in second place recording her best result ever and her own fine start to the season. Sophie Corbidge backed up her win at Race #1 with another podium this time holding off Julia Scopes and Kirsty Wannan.

In the Series Grand Prix competition we have Sophie Corbidge leading Julia Scopes, Jacqui Seebold and Kirsty Wannan but you can bet they’ve all cast an eye behind them to see how close Carmel Hanly is going into the third round. Couldn’t be much closer in the men’s competition with Brent Foster having squeaked a solitary point lead over Liam Scopes, both of these guys are on fire early in the season.

The next event is on Wednesday, December 5th, more information and full results can be viewed on the swimrun.org website