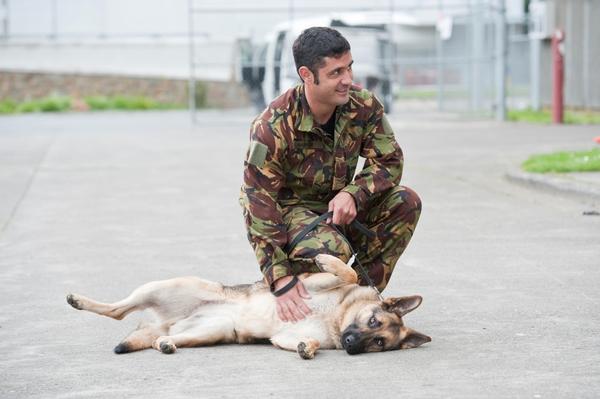 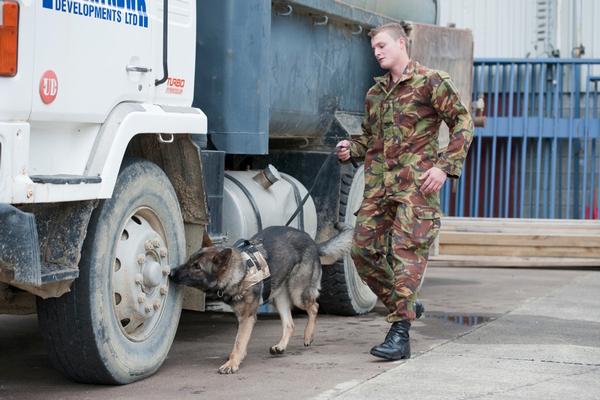 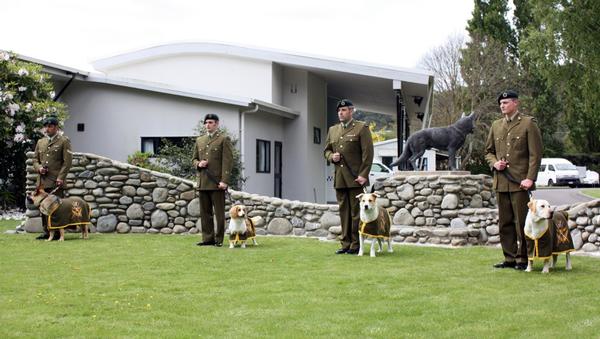 The explosive detection dogs have been trained to detect and indicate the presence of a number of explosive odours, including commercial, military and home made explosive mixes.

Some of the graduating team are expected to deploy shortly to support operations in Afghanistan, and some of the team will be supporting Exercise Kiwi Koru, currently taking place in New Zealand.

In Afghanistan, the dog teams will carry out search and detect tasks and support patrols, assist with vehicle and compound searches and monitor camp access points.

“As the Improvised Explosive Device (IED) threat has evolved, so has our need to provide broader search and detect capabilities to ensure optimum force protection for personnel.

“Our explosive detection dog teams will be one of many search and detect measures that provides force protection to our personnel.

“Explosive detection military working dogs are proven to save lives and are widely used by our NATO partners. They are an invaluable asset, and search and detect capability. No man-made technology can effectively replicate a dog’s sense of smell which is said to be a thousand times more sensitive than humans.”

Both dogs and handlers underwent a robust selection process. While 12 dogs started the course, only the best five canines are graduating – two German Shepherds, a Cocker Spaniel, a Labrador and a Collie Cross. Two of the dogs were sourced from the NZ Police Dog Training breeding programme, with the others sourced from the Australian Customs breeding programme, NZ Aviation security and NZ Police.

Each handler will be paired with a dog, leaving one dog as a reserve. The dog handlers have been trained to handle their dogs to ensure they conduct searches in a safe manner, and understand the pre-cursers and indications when their dog detects an explosive substance. The handlers have also been trained to maintain the health and welfare of their animal, from feeding, grooming, and exercise, to kennel area maintenance and basic veterinary skills.

The NZ Police Dog Training Centre supported the NZ Defence Force with the course development, and provided instructional support, facilities and resources throughout the course.

The NZ Defence Force has also been liaising with Ministry for Primary Industries (MPI) to ensure the appropriate animal welfare requirements are met.