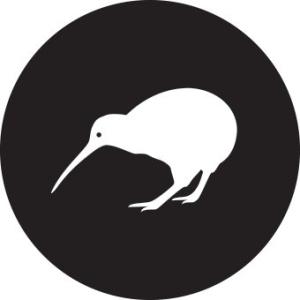 The mission for the New Zealand Defence Force is "to secure New Zealand against external threat, to protect our sovereign interests, including the Exclusive Economic Zone, and to take action to meet likely contingencies in New Zealandââ‚¬â„¢s area of strategic interest". The Defence Force has the task of delivering capabilities that meet the objectives of the New Zealand governmentââ‚¬â„¢s 'Defence Policy Framework' (June 2000).

The skies between Ohakea, Masterton, the Hutt Valley and the Kapiti Coast will reverberate to the sound of New Zealand’s military aviation heritage on Saturday 14 May, as the Air Force Heritage Flight (AFHF) conducts flypasts in celebration of 80 years since the formation of the Royal New Zealand Air Force’s (RNZAF) No.

The Air Force Heritage Flight of New Zealand, featuring the Flight’s Avenger and Spitfire aircraft, will be in North Island skies, 9 April, starting at 9.30am, to mark the Royal New Zealand Air Force’s 85th Birthday. The Avenger will be leading two T6-C Texan II aircraft from the Central Flying School and the Spitfire over the locations listed below.

Defence 6:25PM
NZ signs a significant agreement with the US

New Zealand Second World War veterans who served in the Pacific are invited to register expressions of interest in attending 70th anniversary commemorations of the War in the Pacific, in Noumea, New Caledonia, in April 2013.

The New Zealand Defence Force signed a contract today with Hawker Pacific New Zealand for the supply and maintenance support of four King Air B200 aircraft.

CENTRAL PLATEAU —   A body, believed to be that of Private (PTE) Michael Ross, who went missing in Lake Moawhango on 25 September, has been recovered today.

Approximately 2,700 Samoans have benefited from a range of healthcare services delivered by the NZ Defence Force as part of Exercise Tropic Twilight, a three-week humanitarian aid and disaster relief exercise.

The New Zealand Defence Force has released the following statements on behalf of the families of Corporal Luke Tamatea, Lance Corporal Jacinda Baker and Private Richard Harris who were killed in Afghanistan on 19 August 2012.

The New Zealand Defence Force has named the three soldiers killed during an Improvised Explosive Device (IED) incident in the North East of Bamyan Province, Afghanistan on Sunday 19 August.

The Air Force's newest helicopter, the NH90, has successfully completed its first landing on the Navy's multi-role vessel, HMNZS CANTERBURY.

TAUPO — The Royal New Zealand Navy Band will play a concert for the people of Taupo next week.  On Friday 20th July the band of 23 musicians will play at the Great Lake Centre performing a large array of pieces including big band, marches and Dixie music.

The Charles Upham Award for Bravery was posthumously awarded to Lance Corporal (LCPL) Leon Smith at a ceremony at Government House today.

A New Zealand Defence Force sailor has died in an accident in Rarotonga today.

WELLINGTON CITY — The 62nd anniversary of the start of the Korean War will be commemorated at a wreath-laying ceremony at the National War Memorial and Tomb of the Unknown Warrior on Monday 25 June.

Four Royal New Zealand Navy (RNZN) personnel will form part of the Queen’s Honour Guard around the Royal Barge on Sunday 3 June when over one thousand boats sail on the River Thames in support of the Queen’s Diamond Jubilee celebrations.

Recent criticism in the media about the Government’s lack of support for ‘shell-shocked’ soldiers is unfounded says the NZ Defence Force.

The Navy has successfully conducted trials of flying an SH-2G Seasprite helicopter from the deck of one of its Offshore Patrol Vessels, HMNZS OTAGO, marking a significant milestone in achieving the ship's full operational potential.

An artefact presented to the crew of the New Zealand ship HMS Achilles by the grateful citizens of Uruguay in 1939, after a famous naval battle, has found its way back to the Royal New Zealand Navy (RNZN).

WELLINGTON CITY — The winners of Operation Anzac Spirit 2012, a poster competition run by the New Zealand Defence Force (NZDF) to encourage Year 7 and 8 students to learn about Anzac Day, will be announced by NZDF Artist Captain Matt Gauldie tomorrow.