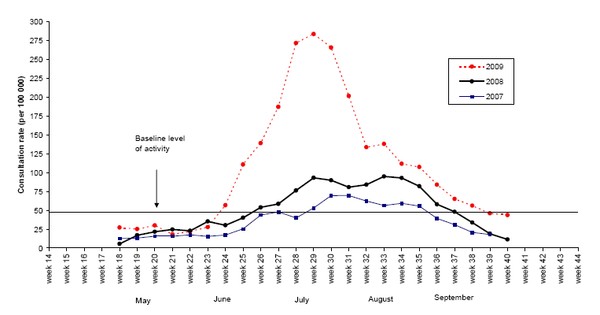 The number of GP consultations based on a sample of sentinel practices, continues to decline and is only slightly higher than at the same time in the last two years.

The data is from the Institute of Environmental Science and Research's (ESR) sentinel general practice surveillance system.