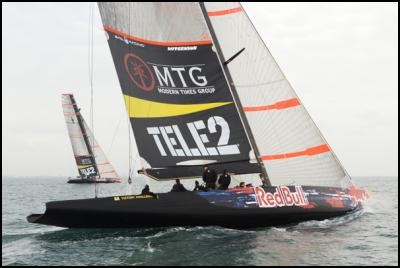 Jarv, SWE 96
At the official SWE 96 party, Victory Challenge announced today the name of the new boat for the 32nd AmericaÃ¢â‚¬â„¢s Cup.
It will be called JÃƒÂ¤rv. The jÃƒÂ¤rv, or wolverine in English, is one of the least known predators which is remarkably strong for its size and often described as cunning.