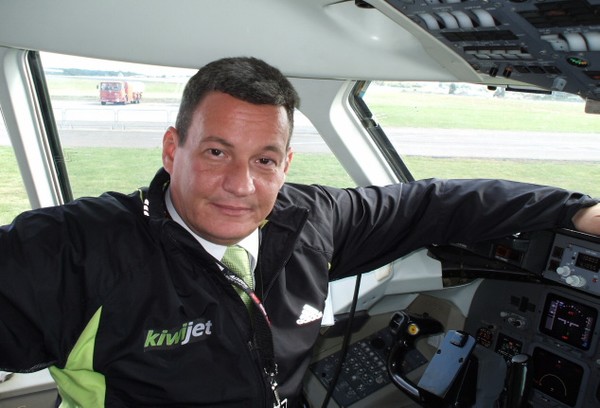 Kia Ora, which may sound a bit strange coming from an American but my heart, is in New Zealand for the long haul. Ever since my earliest memories of traveling around New Zealand aboard (NAC) National Airways Corporation’s Boeing 737’s and F-27’s I fell in love with this country and its aviation heritage and I have followed developments in the domestic airline industry here with great enthusiasm over the last two decades . It is my belief that we will arrive at exactly the right time.


Since incorporating Kiwijet in December 2006 we have had to change faces several times even before the final plan has been set. I can now confirm that we are well enroute to getting things off the ground and we have a clear direction of what the company will look like. “Low Cost not Low Class” that means not having to open your wallet while onboard.


On September 16th 2007 my team and I traveled to the UK to inspect four British Aerospace BAE RJ-100’s and found the aircraft ready to service the regional centres of New Zealand with all jet service as well as offer a low cost product for the first time. These tried and true airliners are well suited for the mission with 90 five across seating and extra legroom.


The RJ-100 has the ability to fly to nearly all of the commercial airports in the country which can make routes such as Auckland to Wanaka is possible for skiers, or Christchurch to The Bay of Islands for summer holiday makers. The RJ-100 provides all the amenities that you expect on a standard airliner with two lavatories, two cabin staff and a big roomy cabin.


During my visit to London I attended the World Low Cost Airlines Congress on September 18th. I had the opportunity to meet with and discuss the plans of Kiwijet with airline officials from across the globe as well as high level directors from both major Australian carriers. I felt that both carriers were receptive to our plans, and we look forward to enhancing their offerings by connecting schedules at Christchurch and Auckland for onward travel across the Tasman and the world.


After our visit to the UK we were in Los Angeles to shore up funding for the airline. I can report that we have secured additional seed capital, and it was placed in a trust account for a complete due diligence to be completed no later than January 04, 2008 on that date we will present our detailed business plan to our equity group for full funding of thirty five million US Dollars to launch the airline with four aircraft to seven cities and a staff of approximately 260. We expect to be operational by late 2008. We estimate that the national carrier’s domestic routes accounted for forty percent of its profits.


I look forward to the day when all Kiwis’ will fly