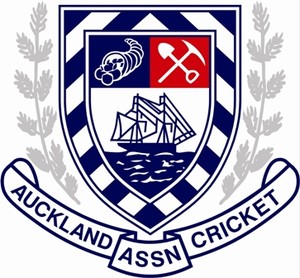 Company Overview:
Auckland Cricket serves to grow and promote the game throughout the Auckland region through their flagship teams the Aces and Hearts, high performance programmes, development initiatives and supporting a strong club cricket competition.

Mission:
Cricket in Auckland strives for excellence through a vibrant, inclusive game that reflects the changing face of both the sport and the city.

Many thanks to our sponsors and funding partners:

Find out more through our newsletters HERE.

AUCKLAND — The Auckland Aces will be bolstered by the return of Blackcaps Colin Munro and Kyle Mills for the start of their Ford Trophy campaign against the Canterbury Wizards today.

AUCKLAND — The HRV Cup reaches its final stages this weekend and as the Aces head to Wellington for a semi-final date with the Firebirds, the figures are in on what has been a hugely successful season for crowd attendance in Auckland.

AUCKLAND — The Auckland Aces will head into their do or die last round HRV Cup match with the Central Stags tomorrow afternoon with an unchanged side.

Friday, 14 September 2012
Cricket 9:42AM
Daryl Tuffey Retires From All Cricket

AUCKLAND — Daryl Tuffey has retired from all forms of cricket to concentrate on his work commitments with Moa Beer, and specifically to pursue a job opportunity in Australia.

AUCKLAND — The Auckland Aces will welcome back one of their most successful players with the confirmation that wicket-keeper batsman Reece Young will return to play for Auckland this season.

AUCKLAND — The Auckland Aces have announced a 14 man squad for the HRV Cup which kicks off this Sunday against the Wellington Firebirds.

AUCKLAND — The Auckland Aces have offered Brad Cachopa the twelfth and final domestic contract for the coming season.

AUCKLAND — The Auckland Aces have announced a 22 man training squad to prepare for the Champions League in September.

AUCKLAND — After eight years at the helm Auckland Cricket CEO Andrew Eade has made the decision that it's time to move on.

AUCKLAND — Aces Anaru Kitchen and Bruce Martin will be heading to Australia with the New Zealand A team in July after their announcement in that side to compete in an Emerging Players Tournament.

AUCKLAND — MEDIA RELEASE Friday, 3 June 2011 Auckland Aces coach Paul Strang can concentrate fully on preparing his side for a Champions League campaign after confirmation that he has been reappointed to the role for a further two years.

Friday, 15 April 2011
Cricket 12:07PM
Chris Martin's outstanding form has been rewarded with his naming as the Auckland Cricketer of the Year

AUCKLAND — MEDIA RELEASE Friday, 15 April 2011 Chris Martin's outstanding form for Auckland, especially in the Plunket Shield, has been rewarded with his naming as the Auckland Cricketer of the Year.

AUCKLAND CITY — Over the next few weeks a number of Cricket activities for the disabled community are happening around Auckland.

AUCKLAND — MEDIA RELEASE Friday, 28 January 2011 The Aces will have to do without the services of Kyle Mills for their clash with the Otago Volts this Sunday but will be able to welcome back Michael Bates to their side for the match.