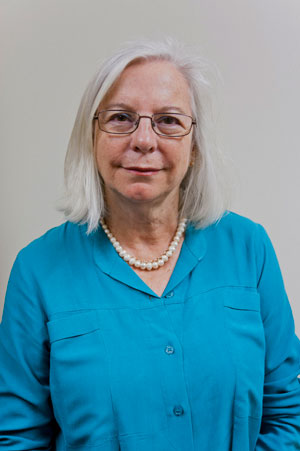 “We’ve lacked a truly comprehensive, indepth focus on Human Rights within any of New Zealand’s universities. I see potential for the Centre to provide support for wider community initiatives to strengthen human rights, and to attract people for research from the Asia/ Pacific region - A key role I believe New Zealand universities should be playing,

“The Centre recognises that policy and practice are equally as important as law, and it shows a firm focus as a multi-disciplinary unit. I’m delighted to have the opportunity to support in its expansion and wider impact,” says Rosslyn Noonan.

Rosslyn’s significant impact in human rights has been felt both nationally and internationally through her lifelong dedication to supporting women, children, indigenous and minority culture groups. Key roles include Chief Commissioner, NZ Human Rights Commission (2001 to 2011) where she led the transformation of the Commission from an anti-discrimination body to an internationally recognised and accredited national human rights institution. From 2010 to 2012 she was Chair for the International Coordinating Committee of National Institutions for the Promotion and Protection of Human Rights (ICC) – Here she supported the establishment and strengthening of independent national human rights institutions to ensure they met international standards.

Previous positions include National Secretary, New Zealand Educational Institute/ Te Riu Roa (NZEI), National Executive of the New Zealand Council of Trade Unions, Commissioner for the Royal Commission on Social Policy, and Trade Union and Human Rights Co-ordinator for Education International (EI-IE). She was awarded a University of Auckland Distinguished Alumni Award in 2002 in recognition of her services to education and human rights both in New Zealand and internationally.

Rosslyn is still exploring key areas of focus for her year ahead as Visiting Fellow at the University’s NZ Centre for Human Rights.

“In broad terms I am looking forward to reflecting on the development of national human rights institutions. These have been emerging over the last ten to fifteen years, as new pillars of the state in a sense. I’m interested in their development and their impact, as they are the only institution of the state that has independent recognition at the UN,” she says.

Another area of interest for Rosslyn is exploring what is required to ensure international human rights standards ratified by New Zealand are more systematically incorporated into law and policy developments, especially with regards to economic and social policy.

Alongside these sits a longstanding commitment to write the biography of Dr William Ball-Sutch, an economist highly esteemed by Rosslyn for his strong human rights and social justice approach, and subsequent impact on New Zealand’s development.