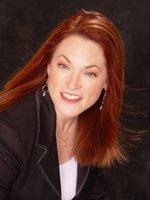 Venus Network started in Tauranga in 2008 and has been steadily growing in popularity nationwide since.  Venus is a women’s-only networking organisation designed to support women in expanding their personal networks by surrounding themselves with people who believe in your dreams.  Each group meets fortnightly at 9am for one hour.  At each meeting each member gets to promote her business and give/receive referrals.

“We’re excited to be launching Hamilton East with a luncheon seminar and networking event - ‘How to Network with Panache and Flair’ - on Thursday 23 May”, said Myers, “all Hamilton businesswomen are invited to attend this launch event to discover how to network with other like-minded women to grow their businesses”.

The new Hamilton East group will be facilitated and led by Julie South, who currently leads the Hamilton North group.  Venus Network Founder and Owner, Vanessa Davey said it’s rare for one woman to facilitate two groups at once but believes South’s already-proven leadership and networking skills at Hamilton North make her the perfect choice to bring Hamilton East to full strength and returning maximum value on each member’s investment in the shortest possible time.

At the launch event attendees will get a taste of what a regular Venus meeting looks like, plus experience “Turbo-Charged Networking” – a technique Jennifer Myers will introduce to Hamilton which she has used with huge success in the US.  At the same time attendees will also discover tips that earned Julie South the title of “Networking Queen”.

Seats are strictly limited and any proceeds made from this event will be split equally between the two Venus Network not-for-profit members:  Waikato Breast Cancer Trust and Dress for Success.  Tickets and more information is available online via Eventbrite.