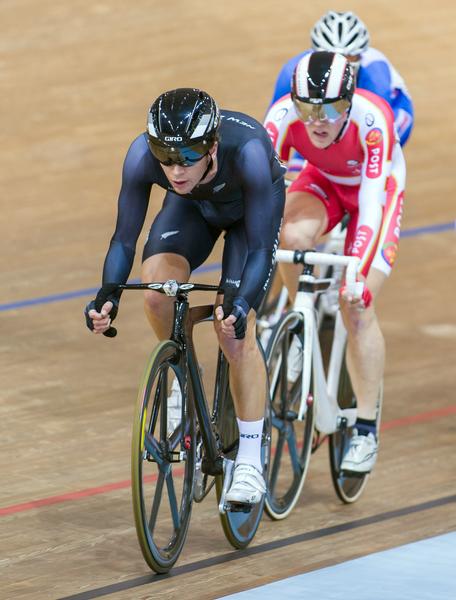 New Zealand will boast teams of proven performance and potential for two major international track cycling contests to begin their path to next year’s Commonwealth Games.

Head coach Dayle Cheatley today named a 10-strong team for next month’s opening UCI World Cup in Manchester, along with 17 riders with more to add for the all-important Oceania Championships in Invercargill.

The hard work and success in Europe in recent months has ensured sufficient points to qualify five riders in the men’s sprint while there is a mix of rookies and regulars in the five-strong men’s squad for the team pursuit and omnium in Manchester.

The group will also contest the Oceania Championships with the addition of the women’s endurance and sprint squads who make their first appearance as they look towards qualification for the Commonwealth Games.

The men’s sprint group leads the way, currently ranked second in the world in the team sprint behind Germany. There are three riders in the top 20 in sprint led by Sam Webster, two ranked in the top-10 in keirin and two in the top-20 in the 1000m time trial.

Olympic medallist Simon van Velthooven is back from a further stint in the exciting Japan Keirin League.

“The squad have all worked extremely hard and developed into a world class combination across all the sprint disciplines,” Cheatley said.

“They are now at a stage where they can mix it with the best in the world. The gains from here on will be incremental as they continue to learn their craft and push towards the podium at World Cups and on to Glasgow.”

Kennett is a multi-medallist in the world junior championships and Bulling has emerged as arguably the most improved young rider in recent months and a star of the current training camp in Invercargill.

“Our proven guys are all in excellent form,” said Cheatley. “Dylan Kennett has fitted into the group very well and is an extremely classy rider for the future, while Piet Bulling has worked his socks off and forced his way in on pure performance.”

The group will be bolstered for the Oceania Championships with the addition of Te Awamutu’s Hayden McCormick, 19, who has ridden for the Lotto Bellisol pro development team in Europe this year.

Cheatley said he is excited with the inclusion of young riders Georgia Williams and Sophie Williamson in the women’s endurance squad for Oceania Championships, joining Olympians Jaime Nielsen, Rushlee Buchanan and Lauren Ellis.

Alison Shanks, who is making a steady progress on her return to the sport after surgery on a long-term hip injury, is expected to be added to the team for the Oceania Championships.

“The women’s endurance group are in a significant state of change. While there are individual endurance places up for grabs for Glasgow, the big change will see the team pursuit move from three riders over 3000m to four riders over 4000m.

“This will completely change the make-up and nature of the team pursuit looking long term to the Rio Olympics in 2016, and while it is not on the programme for the Commonwealth Games, we are planning with this in mind.”

Cheatley said the women’s sprint programme has moved forward with the riders still to be finalised for the Oceania Championship team, while those involved in the camp across all disciplines who have not been selected, will ride for their district teams.

The team leaves for UK this week for next week’s World Cup before the Oceania squad undergoes a further training camp ahead of the UCI Tier One event on 16-17 November and Oceania Championships on 19-22 November, both at the SIT Zero Fees Velodrome in Invercargill.