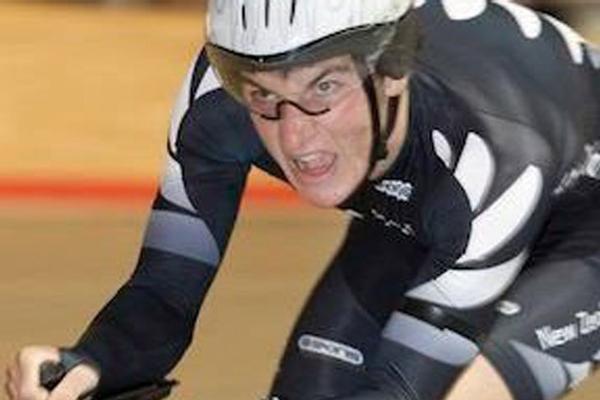 Kiwi sprinters Simon van Velthooven, Eddie Dawkins and Matt Archibald powered their way into the keirin semifinals on the opening morning of the UCI Festival of Speed track cycling event at Invercargill today.
It is the first time New Zealand has hosted a Tier One event which begins the qualifying process for the 2016 Rio Olympics, attracting riders from six nations against a strong Kiwi contingent.

Van Velthooven, the Olympic bronze medallist, Dawkins and Archibald all impressed in winning their heats on the first morning of competition.

Teammates Sam Webster and Ethan Mitchell just missed out, both flashing home in the repechage but were edged by young Southland rider Jeremy Presbury.

Tonight’s semifinals offer a mouth-watering proposition with the world-class field including the other first round winner Dan Ellis who is part of a strong Australian group that includes the 2011 keirin world champion Shane Perkins.

Australians dominated the women’s sprint, with their top four riders through to contest tonight’s semifinals, led by Olympic medallist Kaarle McCulloch. She was the fastest qualifier in 11.350 ahead of compatriots Taylah Jennings in 11.467 and Breanna Hargrave in 11.655. Best of the Kiwis was Auckland’s Paige Paterson who won the ride-off for fifth.

Competition got underway in the six-discipline omnium for both men and women.

World champion Aaron Gate was upstaged in the men’s opening 200m flying lap where 20 year old Dylan Kennett was the only rider under the 13 second barrier. The time of 12.895 was a personal best for the young Waimate rider and the fastest ever by a New Zealander in the omnium, with Gate solid in fourth fastest.

Tonight sees the finals of the keirin, points race and elimination in the omnium and women’s spring finals, along with points and scratch race for under-19 riders.

The UCI Festival of Speed continues tomorrow, with the four-day Oceania Championships beginning on Tuesday.