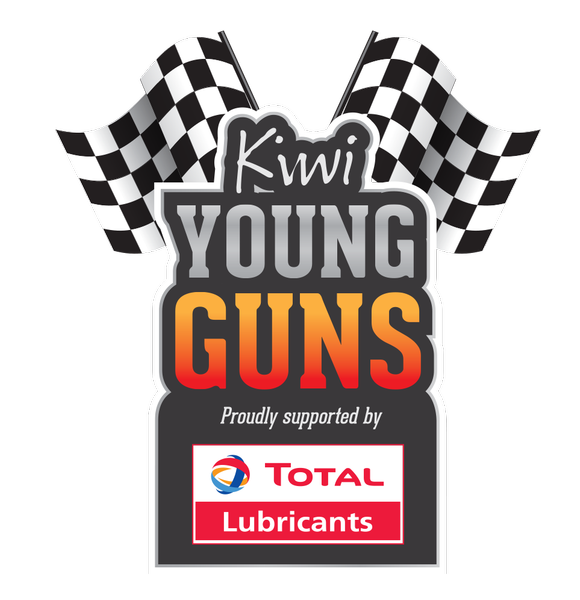 Seventeen rising and established stars of New Zealand motorsport have been confirmed for a new feature display called the Kiwi Young Guns at this year’s CRC Speedshow. Three more participants will be confirmed in coming weeks.

The line-up of New Zealand’s under 25-year-old, exciting, new racing talent includes off-roaders, karters, drifters, motorcycle racers, circuit and speedway racers, drag racers and rally drivers, and will be supported by Total Lubricants when the doors open to the two-day celebration of automobiles, motorcycles and motorsport at Auckland’s ASB Showgrounds on 19 and 20 July.

With Christchurch kart racer Caleb Cross the youngest at age 13 and Papamoa drifter Jodie Verhulst the oldest having just turned 26, the Kiwi Young Guns selected were originally nominated by their motorsport organisations or media representatives who have been following their developing careers behind the wheel. More than 40 competitors’ names were put to public vote on CRC Speedshow’s Facebook page with thousands of votes deciding which young stars would be invited to participate in the Total-backed display.

Up to 20 Kiwi Young Guns will participate in the display which showcases the vehicles the young stars have raced. Most of the Young Guns also plan to attend the show in person to meet current and future fans. At present, show organisers are awaiting confirmation of two participants due to racing commitments, and a final ‘wildcard’ spot is to be decided – again by Facebook fan voting – in the next few weeks.

Hastings-based Oil Imports Ltd is the official New Zealand importer and distributor of Total Lubricants and marketing manager Greer Marshall says that the opportunity to support the Kiwi Young Guns concept is an  excellent ‘fit’ for the company.

“You only have to look at the international scene these days – there are more young Kiwis making a name for themselves in Europe, the US and Australia than ever before,” says Marshall. “By getting behind the Kiwi Young Guns display we’re investing, if you like, in the next wave and that is a big priority for us – recognising, supporting and encouraging talent from the outset.”

The man who came up with the idea, CRC Speedshow director Ross Prevette, is also ‘very happy’ with the response.

“To have a premier brand like Total come on-board is a real vote of confidence for our initiative to celebrate and recognise the incredible talent of young Kiwi motorsport competitors. The response from fans across the country has also more than vindicated our decision to solicit votes via Facebook,” says Prevette.

“I think the main thing that the progress so far proves, though, is that motorsport – in all its forms – is in good heart, and arguably much more popular than coverage of it in the mass media would have us believe.

“I’m particularly impressed by the standard of the application we received. Each and every one of them showed that the driver and members of their family had a keen understanding of the roles of presentation, promotion and the need, these days, to work as hard off the track on as you do on it.”

Participation in the Kiwi Young Guns feature display, supported by Total Lubricants, offers the young racers the chance to meet new fans, grow their social media platforms, network with other motorsport competitors and the hundreds of company owners and decision-makers exhibiting at CRC Speedshow and potentially looking for sponsorship opportunities.

“Everyone, including the legends who attended, enjoyed the whole concept of the New Zealand Legends of Speed display and seeing the race cars and bikes which were so meaningful in our legends’ careers. The Kiwi Young Guns embraces the same concept but approaches it from the opposite angle to allow us to meet 20 future Kiwi legends of speed,” Prevette says.

The eighth annual CRC Speedshow takes place at Auckland's ASB Showgrounds over the weekend of 19 and 20 July 2014 with five halls full of hundreds of display vehicles and opportunities to meet racing stars and enjoy top-class entertainment in the Idea Wheels' live action arena.