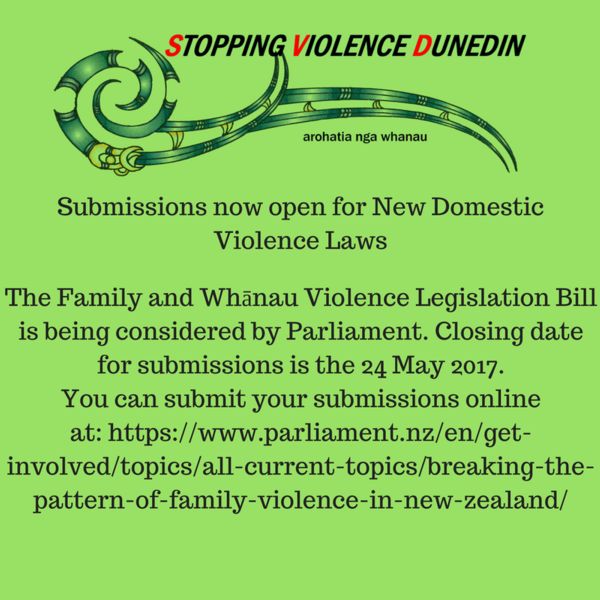 The Family and Whānau Violence Legislation Bill is being considered by Parliament. Closing date for submissions is the 24 May 2017. You can make your submissions online here

The Bill amends the Domestic Violence Act 1995 and other legislation including the Crimes Act, to implement proposed reforms that focus on intervening earlier to prevent future violence.