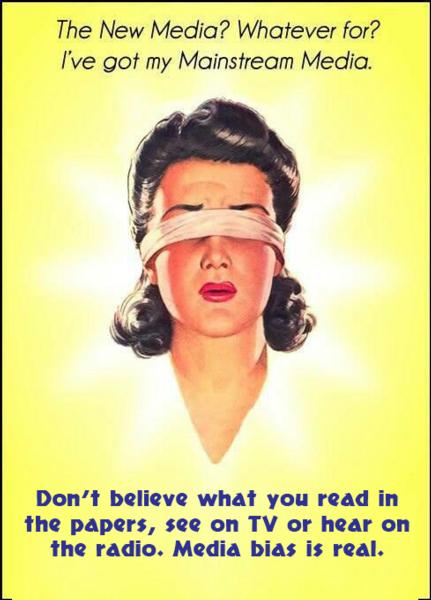 The Poison drop of Brodifacoum in the Brook Valley Water catchment area  in Nelson - by the Brook Waimarama Sanctuary has caused division within the community - Stirred by The Nelson mail which has given many articles of support and encouragement to the Sanctuary while disallowing the same space for those who have been highly concerned about the consequences of such a drop - thus leaving the wider community in the dark as to why a group of people have been up in arms about stopping the drop enough to take legal action.

On the other side of the story - no retort is allowed - no space given to the BVCG to put the misinformation to rights -articles have been edited out - and many of the group have been blocked from commenting on its 'moderated' stuff pages while allowing known trolls to report misinformation and ridicule.  The Nelson mail had to be warned of defamation on one occasion - thus what you will read here was an attempt by one of the elders of the Brook Valley Community group to have the opportunity to address the misinformation  - to have equal space to counter the spin and the three opinion pieces already printed - but was not allowed

At the conclusion of that letter -  is a letter to the editor by Tony Orman that was ignored by the Nelson mail as so many have been but was accepted by both the Press and the Marlborough Express.

OPINION PIECE DENIED BY THE NELSON MAIL - By Helen Black

This is my personal opinion piece which the Nelson Mail has chosen not to print. It gives a bit of background to the BVCG.  Please share to help give more balance than the Mail is able to offer:

The Brook Valley Community Group (BVCG) was quickly set up to counter several developments the Nelson City Council and interest groups had for the Brook Valley. Substantial amounts of ratepayer money were invested into several projects. The dreams of having fun and fruitful meetings concerning ourselves with civil defence issues (at the time of the Christchurch earthquakes) were dashed by more pressing matters. One involved the creation of a wildlife sanctuary in the upper Brook.

However, the unstable hillsides of the upper Brook were one issue that was brought to our attention, rightly so as this would impact greatly on ratepayer funding and the reality of whether the fence would ever be able to stay 100 percent predator proof for twenty-five years, which is the average lifespan of this type of fence. In October 2014 when the Geotechnical Report in regards to the fence alignment came out, this information was denied to the public.

With full knowledge of the report, the Brook Waimarama Sanctuary Trust (BWST) and the council ought to have reconsidered the implications and could have modified their original plans to suit the location. Several substantial landslides after the earthworks commenced did not deter either party. When the geo-tech report finally came into the public domain it confirmed the BVCG’s misgivings. Realism and some common sense were all that was asked for. The other issue simultaneously was the closure of the Brook Motor camp, which was sadly dealt with in a very underhanded and disrespectful way by the council.

The document from the last injunction appeal read that the BWST has an annual operational cost of $590,000 and 360 paid up members. Is this a realistic model for running any business? Opponents of the BVCG clearly think so. The case of bypassing democratic processes instead of negotiating ways that can embrace this wildlife project and make it more realistic has now divided the community. Not much different to the Southern Link project, Victory community versus Rocks Rd. However, I do not see name-calling, belittling and lack of balanced media coverage in the Southern Link debate. Presently, articles printed in the local paper call for a deeper understanding of science to stop the ‘BVCG’s nonsense’.

Interestingly, science is rarely static; it evolves and broadens the knowledge base. People are now starting to think outside the square. We know that the natural world is made up of predation; it has its own natural rhythm, which may require a helping hand in some areas. I also believe science has to be ethical. If we let cruelty towards animals become the norm, where will we as a society end up?

The guide for humane dispatch of any animal species is the level of consciousness during critical events, e.g. convulsions, internal bleeding, respiratory compromise. The moment we start to deviate from the ethics of life and death, we as a human species have lost one of the most important qualities gifted to us – compassion. New Zealand law acknowledges animals as sentient beings. The everyday words in today’s wildlife management are eradication, tools, pests, control intensified and names of eco-toxic poisons, which simply through included exceptions flaunt this fine law.

A group of people say that they don’t like using poisons but there are no other effective or affordable alternatives. I think this is a self-justifying ‘feel-good’ statement. There are alternatives. Meanwhile, there’s plenty of islands to transfer endangered breeding pairs onto until we as a society can come up with something that works better than current experiments which involve the betterment of both aquatic life and wildlife. This would allow New Zealanders to have a healthy relationship with our environment.

There are many people who don’t belong to the BVCG but who express discomfort with the thought of large-scale aerial poison applications for a variety of reasons. The Department of Conservation’s latest survey shows this (IPSOS Survey of New Zealanders 2016, p.81-82). Why is the discomfort of someone challenging the long-standing, experimental use of poisons in New Zealand so unpalatable for some people in Nelson that they have to resort to personal abuse? The people in power who enable this behaviour need to do some serious rethinking."

REPLY FROM THE NELSON MAIL EDITOR

I am very aware that you have been quite vocal on Facebook about so-called bias and lack of balance in our news articles on the Sanctuary's use of poison. As far as I am concerned we have been careful to include comment from the BVCG, either Christopher St Johansen or lawyer Sue Grey, and occasionally councillor Tim Skinner. People are fully aware of the BVCG's stance. The group's views have been reported in the Nelson Mail and on Stuff. If people disagree with those views, that is their prerogative and is reflected in the comments on those stories.

Last week we published an open letter from a Brook resident asking for a positive move forward. That is the position we are taking. The poisoning has happened and we await the Court of Appeal outcome with interest. It will, of course, be covered by us regardless of who the winner is.

We won't be publishing your opinion piece, but we will continue to consider letters to the editor, many of which we have published.

A letter the nelson mail refused to print

BRUTAL BRODIFACOUM - letter to the Editor THE PRESS by Tony Orman

..."..A poison drop for Nelson's Brook Sanctuary has been controversial, but it's not 1080. The poison in question is Brodifacoum.

Little seems to be known by those dropping it. Brook Sanctuary Trust general Manager Hudson Dodd said .."The poison will be broken down over weeks - once the bait is broken down, the sanctuary will be opened.."

In fact, it's a long wait - 144 weeks or 36 months or three years - the 'withholding period' for brodifacoum, according to the former Food and Safety Authority, (now part of MPI)

The withholding period for 1080 is about six months, which means brodifacoum is six times more lethal than 1080.

It takes about three weeks to kill.

Brodifacoum, via rat poison, is in the Marlborough Sounds food chain. Consequently, wild pigs from there are deemed "unsaleable"

Because of its brutal slow-killing nature, residue-carrying animals can, in the three weeks, wander long distances, hence the 'buffer zone' around a poisoned brodifacoum area is 15 kilometres - for 1080 its 2km

It is questionable if Dodd understands the extreme lethal nature of brodifacoum. The same goes for environmental minister Nick Smith whose dream of a predator-free New Zealand 2050 by using eco-toxins is ridiculously unattainable, eco-destructive and an irresponsible waste of public money ...."... Tony Orman

Complaints to the Press Council will be forthcoming

Will this be Nelson's Silent Spring