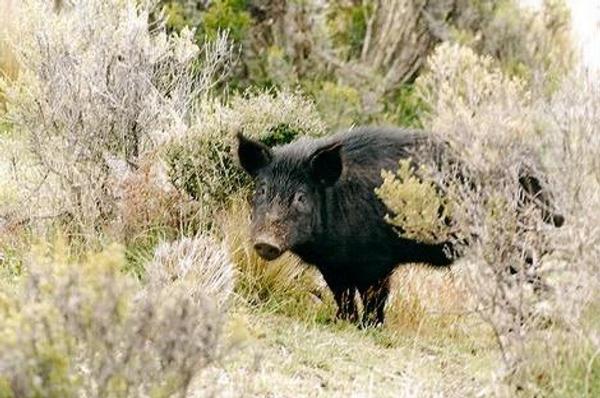 A New form of Botulism or something more deadly

..“…in the process of elimination the doctors think it is definitely some sort of poising within the boar itself so  maybe the boar has consumed poison before it was shot down and so whatever was in its blood has found itself in to theirs ….”…

With the recent case of poisoned pig meat causing serious health affects in three members of one New Zealand family the world is watching and asking are we seeing a new form of botulism?

…”…In summary, if this is proven to be due to botulism, by identification of the toxin in either the patients and/or in the food, the description of the time of onset of the symptoms would make this reportable as 15-30 mins post ingestion is highly unusual…”…

In short they are questioning if this is indeed botulism given the symptoms or even a new strain.

However, they do not know New Zealand’s history of dropping a deadly poison into its eco system a poison so deadly there is no antidote – a poison that kills anything that breaths oxygen and that can be up taken by both plants and animals in sub lethal doses.

interestingly in a Radio NZ interview – family friend and church member Joji Varghese, had this to say

..“…in the process of elimination the doctors think it is defiantly some sort of poising within the boar itself so  maybe the boar has consumed poison before it was shot down and so whatever was in its blood has found itself in to theirs ….”…

It serves no one to obscure all possibilities because one might upset a million dollar industry.

..."....Feral pig control in Australia is heavily reliant upon poisoning with sodium fluoroacetate (1080) bait. Tissue residue levels may be considerable and pose a potential risk to non-target consumers. Tissue/fluid samples (liver, kidney, stomach, stomach contents, small intestine, large intestine, muscle and eye) from lethally poisoned feral pigs were removed and assayed for fluoroacetate concentration. The digestive system, specifically the stomach contents and stomach, consistently contained the greatest concentration of 1080 within individuals. Few non-target animals apart from introduced mammals (fox, dog, cat) appear at risk from consuming muscle tissue, however, many native species may be at risk from consuming visceral tissue (especially stomach and contents). The practical risk is probably low and reduced given the rapid decomposition of carcasses in the field. Regular consumption of poisoned pork may exceed the recommended daily intake of fluoroacetate and be a risk to human health, but there is a low probability of this occurring..."..

What I am learning through others in the Stop the drops movement is that Sodium Fluoracetate metabolises into FluoroCITRATE or is a metabolite of compound 1080.

..."....It has been known for many years that fluoroacetate and fluorocitrate when metabolized are highly toxic...."...

In a separate study - a vet is calling for an investigation into a toxin in wild pigs that affects dogs and might also make humans sick. – which begs the question – might this also be connected with compound 1080 being up taken by plants and eaten by pigs

If you would like to help the family please go here