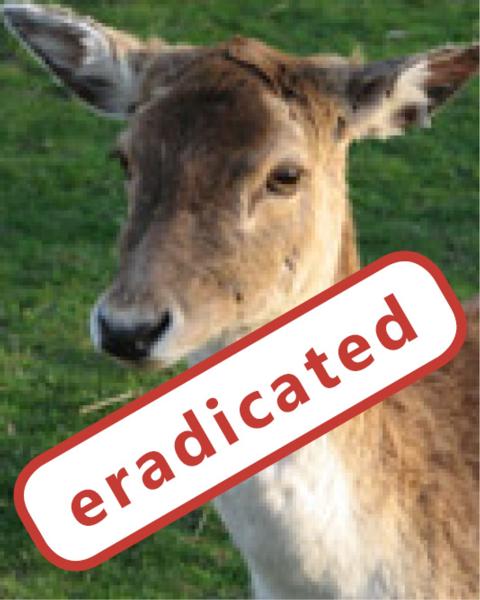 What is driving the Pest Free NZ Agenda and the hysteria in eradicating non native species.  Answer - International agreements and a global  agenda to purge all non native species of animals and plants around the world.

Its wise to know that when you stand up to protest DOC for the tortuous deaths it is perpetrating on innocent animals,  that you are confronting not just DOC or the current minister or politician but a host of unelected bureaucrats who manage all the various global agreements NZ has signed up to.  These bureaucrats ensure that things run smoothly. The minister and the politicians are an interface between us and them.  John Keys called these global organisations the clubs

While you browse through these sites you will read a language that appears benign and even needed, yet the practical application and act of killing so many innocent species unlucky to find themselves in another country is horrendous to contemplate and makes me wonder about the sanity of this human race.

Nature abhors a vacuum and will do anything to balance her eco system and usually does, its called adaption, its called evolution.  When ‘man’ decides to play god unintended consequences abound and we are all put at risk.  That we now live in a world that has become so degraded from mans greed and disconnectednes - his psychopathic agenda of death, we must pause for a moment and consider how industry with the approval of governments have de forested the planet to feed its voracious appetitive for money for economic growth at all costs .  There has been a huge cost - industry enabled by  governments have destroyed so much of the worlds natural habitat that species extinction has become so obvious.  The shock of this has forced the agenda of biodiversity loss using eradication of non native species as a means to address it

Here in NZ it is seen most noticeably in the dropping of poison - a known insecticide no less - out of helicopters into pristine eco systems, rendering them silent

When New Zealand announced its Predator Free NZ vision it wasn’t as if suddenly someone in the department of conservation woke up with a great idea – it was a directive NZ had to follow as part of being a member of the United Nations.  They never mention this

There is a global agenda to rid every nation in the world of any and all non native species – animals and plants – non productive species that is – cows and sheep bulls and horses and domestic pigs will stay because they are part of industry and form the back bone of many economies.  But the rest that are not needed will be eradicated .

…..”….located near Geneva, Switzerland. The Union brings together 86 states, 120 government agencies, 825 national and 92 international non-governmental organisations, 34 affiliate organisations and through its Commissions about 11,000 experts and scientists from more than 160 countries around the world..."....

IUCN's mission is to influence, encourage and assist societies throughout the world to conserve the integrity and diversity of nature and to ensure that any use of natural resources is equitable and ecologically sustainable. The Union has three components: its member organisations, its six scientific commissions, and its professional secretariat.

IUCN is the only environmental organisation to official observer status at the United Nations General Assembly.

NGO’s connected to this in NZ are

They all aim for ecological integrity (purity) my word )

All over the world the word has gone out that all creatures great and small that are not indigenous to that land will be terminated.  Its not just New Zealand

…..”….. Biological diversity faces many threats throughout the world. One of the major threats to native biological diversity is now acknowledged by scientists and governments to be biological invasions caused by alien invasive species.  The impacts of alien invasive species are immense, insidious, and usually irreversible. They may be as damaging  to native species and ecosystems on a global scale as the loss and degradation of habitats…”….

its goals and objectives are ….sound familar

….”……to prevent further losses of biological diversity due to the deleterious effects of alien invasive species. The intention is to assist governments and management agencies to give effect to Article 8 (h) of the Convention on Biological Diversity, which states that: "Each Contracting Party shall, as far as possible and as appropriate: ...(h) Prevent the introduction of, control or eradicate those alien species which threaten ecosystems, habitats or species…."….

Then there is the CBD which is Convention on Biodiversity and is a leally binding multilateral treaty from the UN which NZ is a member.  It h as three main goals

.."...The Convention has three main goals including: the conservation of biological diversity (or biodiversity); the sustainable use of its components; and the fair and equitable sharing of benefits arising from genetic resources.

In other words, its objective is to develop national strategies for the conservation and sustainable use of biological diversity. It is often seen as the key document regarding sustainable development. The Convention was opened for signature at the Earth Summit in Rio de Janeiro on 5 June 1992 and entered into force on 29 December 1993. At the 2010 10th Conference of Parties (COP) to the Convention on Biological Diversity in October in Nagoya, Japan, the Nagoya Protocol was adopted..."..

or said another way

..."....The current decline in biodiversity is largely the result of human activity and represents a serious threat to human development. Despite mounting efforts over the past 20 years, the loss of the world's biological diversity, mainly from habitat destruction, over-harvesting, pollution and the inappropriate introduction of foreign plants and animals, has continued. Biological resources constitute a capital asset with great potential for yielding sustainable benefits.

Urgent and decisive action is needed to conserve and maintain genes, species and ecosystems, with a view to the sustainable management and use of biological resources..."...

Another part of this is the Invasive Species Speacilty group

Their mission statment states
...."....The Invasive Species Specialist Group (ISSG) aims to reduce threats to natural ecosystems and the native species they contain by increasing awareness of invasive alien species, and of ways to prevent, control or eradicate them...."...

Here in NZ we are watching the eradication of  wild game - food that many rely on to feed their families -  hunting is as kiwi as rugby - but a wild food industry is being slowly erradicated under the guise of PFNZ .

NZ has no wild mammals as such,  all wild game including trout existing here now is non native and earmarked for eradication, despite them being brought in over 100 years ago.  The various NZ bodies of these organisations do not come out directly and say this of course,  instead they are doing it by stealth, and the best tool in the box for this eradication appears to be the deadly Sodium fluoroacetate commonly referred to as 1080.