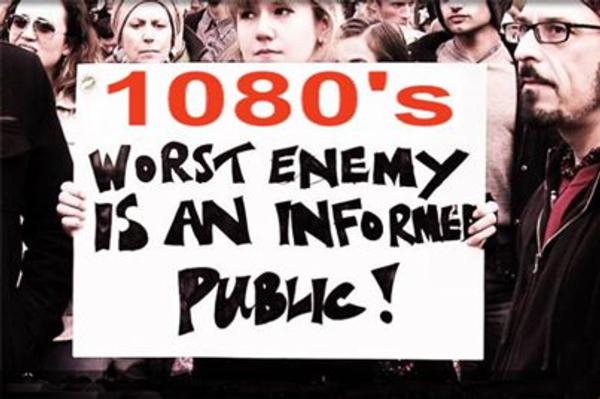 The first 6 disclosed under OIA repsonse included no mention of alleged death threats, instead the incidents involved flyers left on cars, phone calls, and other reports that did not result in any prosecutions. The details from the subsequent 3 incidents released under OIA have not yet been disclosed.

If the ‘numerous’ threats to DoC staff are not just fake news, why were they not reported to the police?

Looking at the fuller picture, we know of many grave incidents where protesters against aerial poisoning have been attacked and injured on public land by agents of the Dept of Conservation.

Two cases involved vehicles being used as weapons, another involved an elderly man dragged out of his car (still wearing a seat belt) and punched in front of his two elderly passengers.

The department is using classic bullying tactics by attempting to paint itself as the victim. Unfortunately, it is using public funds and bureaucratic power to do so. Let's not forget that the threat to New Zealand infant milk formula was made by a DoC-affiliated pest control director with access to highly toxic raw 1080 (despite spin to reframe Kerr as a ‘protestor’).

Imagine if every person who said something negative about Trump, protested to get more pay, or let off steam about a decision by a government department was attacked in the same way that the individuals (who are not a group and never have been) are being targeted and attacked by DoC and the government/state affiliated agencies responsible for the 64 year old programme of aerial poisoning New Zealand?

Remember this is a deadly substance that has no antidote; is toxic to mitochondria (the power-house cells of all animals); has no epidemiological studies to demonstrate safety in sublethal doses; and is undeniably inhumane with horrific animal welfare consequences following every single aerial poison drop.

Exactly who is threatening who here?

Polls repeatedly put those against aerial 1080 poison operations in the majority.

Someone cynical could decide that what's happening here is the department is baiting some of the public who do not like the escalating 1080 operations around the country. That it wants an excuse to dismiss any consultation with communities and exercise even more control.

PM Jacinda Ardern is being forced into a corner and looks very uncomfortable about it. The video of her answering makes it very clear this is a script she is not happy with.

The death throes of the DoC and the 1080 programme are becoming very unpleasant to watch.