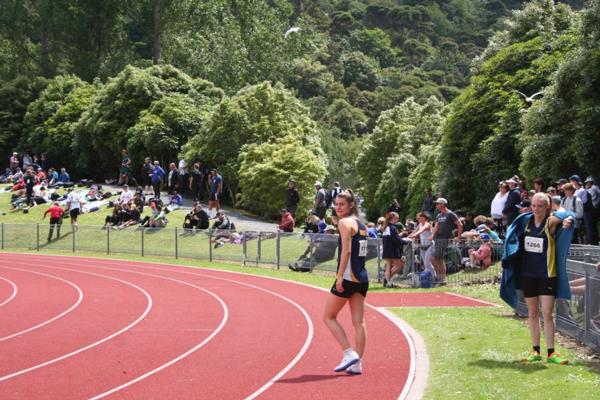 Grace Fissenden (Year 13) from Rangi Ruru Girls’ School has taken away the Most Valued Contribution to a Team award at the Zonta Sports Awards in Christchurch last night.

Rangi Ruru’s Director of Sport, Mandy Anderson, says Grace embodies the essence of this award as she is all about the team.

“As co-captain of the Snr A netball team, Grace has never expected more of anyone in the team than she would give of herself. When on court Grace has committed herself 100% every time. As a defender Grace has constantly pushed to get more ball and create a strong contest for her opponent. Her intensity regularly inspired her teammates to be better and she has consistently played the game with fairness,” she says.

Ms Anderson adds that Grace has always been happy to be the player who picks up the balls, or helps an injured team-mate.

“Grace is as much a leader for how she conducts herself off the court, as she plays on court. For athletics, Grace has been an invaluable support for the staff and junior girls throughout the season. She has coached juniors during lunchtimes in Term 1 and during the SISS Championships, she looked after our junior high jumpers, warmed the team up prior to competing and basically took on the role of Camp Mother,” says Mandy Anderson.

Grace has been at Rangi Ruru for only two years but there is no doubting the mark she will leave on both netball and athletics.

“Grace's natural warmth, humility and genuine interest in helping others to be the best they can be, are traits to be proud of,” says Mandy.

Rangi’s Amber Williams was highly commended in the Most Valued Contribution to a Team category.

“As a coxswain, Amber has made significant contribution to the Rangi Ruru rowing crews over the past four seasons. She stepped into the role of senior cox in her second season which has meant that she has lead our Under 18 girls eight and fours for three seasons and is the motivating force behind the success that her crews have seen, spurring her peers on to take home 2x bronze, 4x silver and 1x gold medals from Maadi cup during this time,” says Ms Anderson.

Three other Rangi Ruru athletes were also nominated in the awards.

Ashlee Strawbridge - Most Outstanding in One Sport

As a school umpire, Harriet has made herself available every Saturday throughout the netball season to umpire a junior team. This was in addition to her umpiring for her own team and for Christchurch Netball Centre.

When Rangi played games against visiting schools, Harriet always offered to help, constantly looking to improve on her umpiring.

Harriet was the school umpire for the Junior SISS Development Tournament during the July holidays.

The growth in her umpiring ability and confidence was reflected in being awarded the Yr 10 semi-final between St Margaret’s and Taieri and the 3rd/4th play off, also in the Yr 10 grade.
Umpired netball as a volunteer at CNC for three years, consisting of attending umpiring courses in the morning and umpiring two or more games throughout the day.

Amber was selected for the Under 18 South Island representative team for two years and captained the team in the former year. Amber is currently working with the Canterbury crews as they prepare for the Interprovincial Regatta. Amber as constantly sought any and all opportunities to develop her craft. She has taken risks with her coxing and reflected on the outcomes and shared her findings with the wider group. Amber’s role has seen a growth in her leadership skills and deepened her understanding of people.