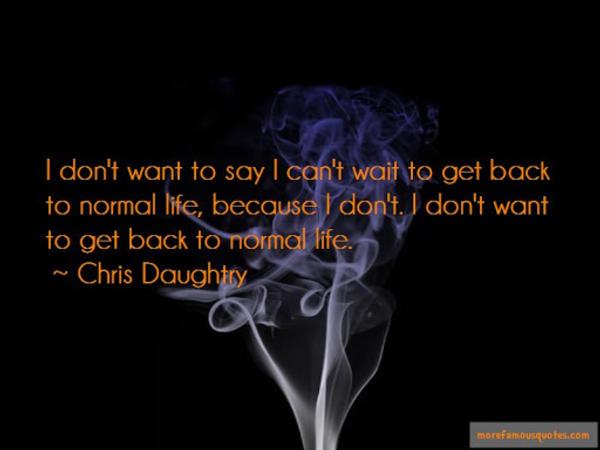 I don't want to go back to normal CREDIT: Chris Daughty

Thank you for navigating us through this huge experience

Climate change has been a huge subject - is it possible to flatten that curve to - these new words can fit many of our old normal - can we flatten the curve of capitalism can we really begin to implement a policy of kindness ?

i would also like to say thank you to the police who could never ever have managed this confinement were we all not willing to stay in peacefully - we may have grumbled and like your health minister some might have just decided it didn't really apply to them ...but for the most part everyone else willingly if not begrudgingly accepted it and worked together - the police could never have coped if it had been different so thank you to them for their restraint and realness in many instances

It does show me how we really are, all in this together, so part of coming out into the world again i would love to see the compassion and kindness which has arisen continue ....

I remember a time when we didn't have these big barn stores importing from china - we had our own manufacturing base - we can do that again and make our own stuff ...it will of course give us less of an income as a nation and as individuals, maybe, but then the country would be more self sufficient and more productive in real ways

MADE IN NZ remember

and i thank you for doubling the winter energy payment

but i also feel that we wouldn't need this if the govts of the day had not sold them off to private corporations which then made power very unaffordable
perhaps the country can buy them back and begin to be really self sufficent and self sustaining ....

Many of us don't want to go back to normal we really don't it wasn't working for the majority of us and now in this unprecedented moment you have an opportunity to change things - will you listen to the needs of the community, to innovative and inventive ideas, will you allocate some $ towards them?

This moment is an unprecedented moment for change to help us all create something different will you stand with us to make this possible ?

....."......For years, normality has been stretched nearly to its breaking point, a rope pulled tighter and tighter, waiting for a nip of the black swan’s beak to snap it in two. Now that the rope has snapped, do we tie its ends back together, or shall we undo its dangling braids still further, to see what we might weave from them?

Covid-19 is showing us that when humanity is united in common cause, phenomenally rapid change is possible. None of the world’s problems are technically difficult to solve; they originate in human disagreement. In coherency, humanity’s creative powers are boundless. A few months ago, a proposal to halt commercial air travel would have seemed preposterous. Likewise for the radical changes we are making in our social behavior, economy, and the role of government in our lives. Covid demonstrates the power of our collective will when we agree on what is important. What else might we achieve, in coherency? What do we want to achieve, and what world shall we create? That is always the next question when anyone awakens to their power.

Covid-19 is like a rehab intervention that breaks the addictive hold of normality. To interrupt a habit is to make it visible; it is to turn it from a compulsion to a choice. When the crisis subsides, we might have occasion to ask whether we want to return to normal, or whether there might be something we’ve seen during this break in the routines that we want to bring into the future. We might ask, after so many have lost their jobs, whether all of them are the jobs the world most needs, and whether our labor and creativity would be better applied elsewhere. We might ask, having done without it for a while, whether we really need so much air travel, Disneyworld vacations, or trade shows. What parts of the economy will we want to restore, and what parts might we choose to let go of? And on a darker note, what among the things that are being taken away right now – civil liberties, freedom of assembly, sovereignty over our bodies, in-person gatherings, hugs, handshakes, and public life – might we need to exert intentional political and personal will to restore?

For most of my life, I have had the feeling that humanity was nearing a crossroads. Always, the crisis, the collapse, the break was imminent, just around the bend, but it didn’t come and it didn’t come. Imagine walking a road, and up ahead you see it, you see the crossroads. It’s just over the hill, around the bend, past the woods. Cresting the hill, you see you were mistaken, it was a mirage, it was farther away than you thought. You keep walking. Sometimes it comes into view, sometimes it disappears from sight and it seems like this road goes on forever. Maybe there isn’t a crossroads. No, there it is again! Always it is almost here. Never is it here.

Now, all of a sudden, we go around a bend and here it is. We stop, hardly able to believe that now it is happening, hardly able to believe, after years of confinement to the road of our predecessors, that now we finally have a choice. We are right to stop, stunned at the newness of our situation. Because of the hundred paths that radiate out in front of us, some lead in the same direction we’ve already been headed. Some lead to hell on earth. And some lead to a world more healed and more beautiful than we ever dared believe to be possible.

I write these words with the aim of standing here with you – bewildered, scared maybe, yet also with a sense of new possibility – at this point of diverging paths. Let us gaze down some of them and see where they lead....."......
Read the full article here